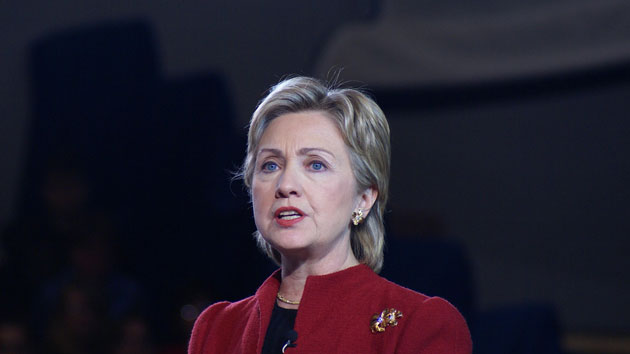 Hillary Clinton is going after Bernie Sanders on health care reform. On Monday, she warned that his proposal for universal single-payer health care was a “risky deal” that would tear apart the Affordable Care Act and “start over.” On Tuesday, her daughter, Chelsea Clinton, followed suit. It’s an abrupt shift one month before the Iowa caucuses, but perhaps an inevitable one given Sanders’ rising poll numbers.

It’s also reverses the tactic her campaign embraced eight years ago. In the 2008 Democratic primary, it was Clinton who found herself on the defensive after then-Sen. Barack Obama’s campaign sent mailers to Ohio voters warning that her plan would force every citizen to buy health insurance. In a now-famous moment, Clinton held a press conference to trash the mailer and tell her opponent, “Shame on you”:

The Obama mailer was “not only wrong, but it is undermining core Democratic principles,” Clinton said at the time. “Since when do Democrats attack one another on universal health care? I thought we were trying to realize Harry Truman’s dream. I thought this campaign finally gave us an opportunity to put together a coalition to achieve universal health care.”

“This is wrong and every Democratic should be outraged because this is the kind of attack that not only undermines core Democratic values, but gives aid and comfort to the very special interests and their allies in the Republican Party who are against doing what we want to do for America,” she continued. “So shame on you, Barack Obama. It is time you ran a campaign consistent with your messages in public. That’s what I expect from you. Meet me in Ohio. Let’s have a debate about your tactics and your behavior in this campaign.”

Then again, Obama’s tactics worked—and his campaign promises didn’t stop him from making the individual mandate, floated by Clinton, a critical part of his health care plan as president.