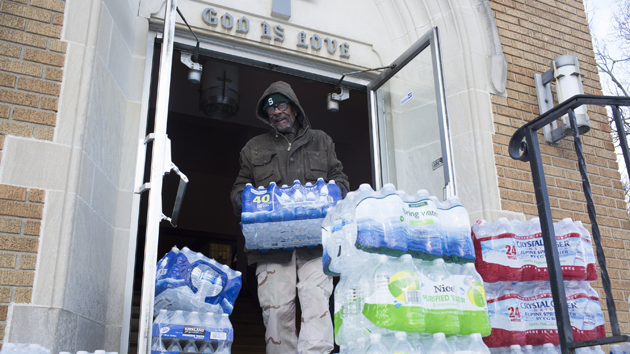 Residents in Flint, Michigan have been outraged since the discovery that their water is tainted with lead, a substance has irreversible neurological and developmental effects on children. The contamination came after the city of 100,000 changed water sources in April 2014, switching from Detroit’s water system to the Flint River in an effort to cut costs.

Yesterday brought even more bad news: Cases of Legionnaires’ Disease have spiked in Genessee County since Flint, the largest city in the county, began using the river water. There have been 87 cases of the disease since June of 2014, ten of which have been fatal. According to the CDC, Legionnaires’ disease is a pneumonia-like respiratory infection that can cause fevers, coughing, muscle aches, and, in severe cases, death. It grows in warm water, like that in hot tubs and fountains.

State health officials say they cannot confirm that the change in the water supply caused the spike, since some cases occurred among people who hadn’t been exposed to Flint’s water. Marc Edwards, a scientist at Virginia Tech who played a key role in exposing the water’s lead contamination, told the Detroit Free Press that there’s a “very strong likelihood” that the change in water supply played a role in the disease’s recent surge.

Flint switched back to Detroit’s water in October, and health officials predict that the change will reduce the number of cases of Legionnaires’ disease in the coming years. However, lead continues to leach into the water because the city’s lead pipes were corroded by Flint River water.

In a press conference yesterday about the spike Legionnaires’ disease, Gov. Rick Snyder acknowledged that “the healthcare community has been aware of this issue for some time in the Flint area.”