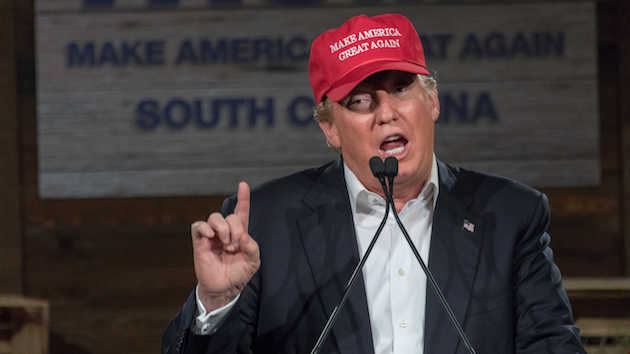 Tonight I joined a small but growing club of reporters who have been banned from Donald Trump events. Officially, this is not true. Officially, as Trump’s spokeswoman, Hope Hicks, told me in an email, Thursday night’s event at Drake University in Des Moines was “well over capacity.” However, every journalist I encountered got in—including a reporter from Canada who was promptly credentialed.

.@realDonaldTrump is apparently afraid of @MotherJones, won’t let me into tonight’s event (Canadian reporter standing next to me got in)

Every reporter, that is, except those who, like me, seem to be banned. Braving the cold to chat with the long line of people waiting to get into Trump’s event, I came across other reporters blacklisted by Trump. There was BuzzFeed‘s McKay Coppins, whom Trump apparently still hasn’t forgiven for this story from two years ago. Coppins had joined up with a German reporter who was also not allowed in. (I’m not sure why.) A student kindly suggested we warm up in the university’s library, where we were joined by the Daily Beast‘s Olivia Nuzzi, also barred from entering.

The reporters banned from @realDonaldTrump events have found each other. pic.twitter.com/0CAvJq31Uw

More Trump events will take place this campaign season, and perhaps Mother Jones reporters’ luck will change. But I’m not holding my breath. One of my colleagues was escorted from a Trump event last month by security. It seems that once Trump and his team have decided someone is not on the list, their word is just about final.