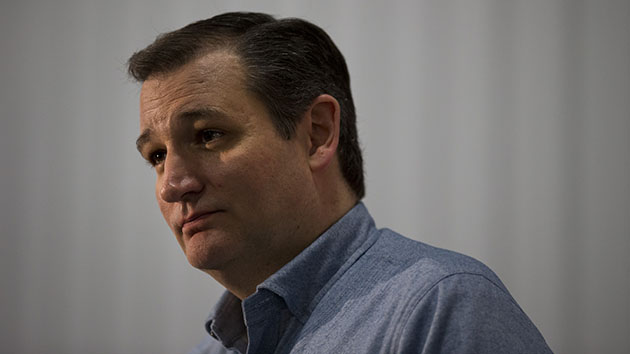 Jeez, the conservative media is really sensitive these days when it comes to Sen. Ted Cruz.

On Friday night, New York Times columnist David Brooks, a mild conservative, and I were on the PBS Newshour, and our discussion of Cruz’s recent surge in Iowa really ticked off some within the right-wing press. Here are a few headlines:

PBS: Ted Cruz and His Father Are ‘Satanic’ (National Review)

I don’t know about Brooks, but I was besieged on Twitter by conservatives who hurled angry how-dare-you tweets at me. Some accused me of committing a hate crime (the victims: Christians). But this was yet another exercise of false right-wing outrage, and a demonstration of rather poor reading comprehension on the right.

This phony brouhaha was triggered when Newshour host Judy Woodruff asked Brooks and me to evaluate recent developments in the GOP presidential primary. Brooks went first:

Ted Cruz is making headway. There’s—you begin to see little signs of liftoff. Trump has sort of ceiling-ed out. Carson is collapsing. And Cruz is somehow beginning to get some momentum from Iowa and elsewhere. And so people are either mimicking him, which Rubio is doing a little by adopting some of the dark and satanic tones that Cruz has, and so—

Woodruff interrupted Brooks at this point to ask about his use of the word “satanic,” and Brooks explained:

At that point, with this article in mind, I chimed in to point out that Cruz’s father, an evangelical pastor who officially campaigns for Cruz, truly does believe and promote satanic conspiracies, claiming in a recent speech that Lucifer was responsible for the Supreme Court’s gay-marriage decision:

Well, actually, if you go to a speech from his dad, who is a pastor, evangelical, Rafael Cruz, it actually is satanic. He—I watched a speech in which he said Satan was behind the Supreme Court decision to legalize gay marriage.

Brooks replied, “I withdraw the satanic from Ted Cruz.” I noted, “You’re thinking that it’s political, but, sometimes, it’s literal.” Brooks went on to compare Cruz’s “dark and combative and, frankly, harsh” approach to the sunnier political disposition of Sen. Marco Rubio. And that was it regarding Cruz and the devil.

As you can see, neither one of us called either Cruz “satanic.” Brooks did use the word “satanic” to describe Cruz’s tone, but he meant that Cruz pitches an apocalyptic message of good versus evil, light versus dark. Which he does. And I then explained that his father, who has been recruiting religious leaders to support his son’s campaign, does indeed see political and policy developments he opposes as the handiwork of Satan. That is, the elder Cruz, who routinely resorts to fiery fundamentalist rhetoric, often labels his (and his son’s) foes as “satanic,” noting that they’re being manipulated by the Evil One. Neither Brooks nor I suggested that Ted or Rafael Cruz are serving the Dark Lord.

The points we made were not that hard to understand. Yet conservatives—perhaps driven by their antipathy to the RINO-ish Brooks—quickly tried to manufacture a fake controversy. I wonder if the devil made them do it.