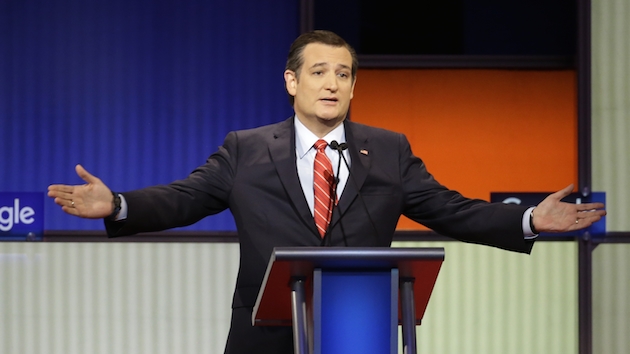 “It’s been a disaster,” the Texas senator said during the final GOP debate before the Iowa caucuses. “It is the biggest job-killer in this country, millions of Americans have lost their jobs, have been forced into part-time work.”

Only one problem: this just isn’t true.

Obamacare does require companies with more than 50 full-time employees to provide their workers with health insurance coverage, a requirement that many conservatives claimed would push businesses into cutting jobs or hours.

But the evidence just doesn’t bear this out. According to several studies published last year, Obamacare has had no measurable impact on either full or part-time employment.

To give Cruz the benefit of the doubt, he may have been referring—inaccurately—to a December report by the Congressional Budget Office, which found Obamacare could reduce American work hours by the equivalent of 2 million total jobs over the next decade. However, the CBO projected that workers were likely to reduce their own hours voluntarily, because they would no longer have to hang on to full-time jobs to maintain health insurance, rather than being forced out by their employers.

Cruz is hardly the first conservative politician to have claimed Obamacare is destroying the economy. In the 2012 election, GOP candidate Mitt Romney also described Obamacare as a “job-killer.” Republican lawmakers in Congress have pushed bills repealing or gutting Obamacare to a vote 62 times since the law passed in 2010. Each time they failed.