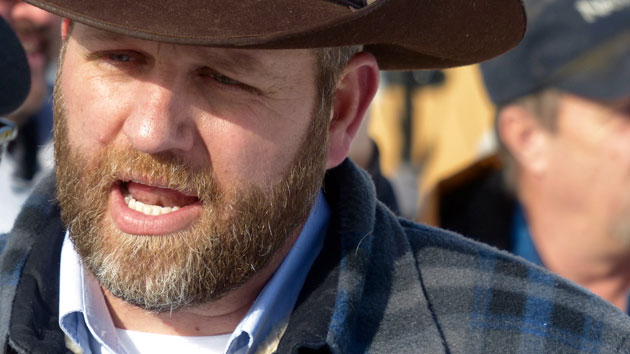 As many as 100 armed militia members seized control of a Fish and Wildlife Services building in a remote part of eastern Oregon on Saturday and threatened to shoot law enforcement officers who attempt to kick them out.

Led by Ammon Bundy, the son of the Nevada rancher whose standoff with the Bureau of Land Management over cattle grazing fees made national headlines in 2015, the group took over the headquarters of Malheur National Wildlife Refugee shortly after a peaceful march in the nearby town of Burns. The militia’s latest cause celebre is that of Dwight and Stephen Hammond, father-son ranchers who face prison time under an anti-terrorism statute for setting fires on federal lands. Both Hammonds already served short sentences for the crime, but after they got out, they were re-sentenced to the mandatory minumum of five years.

In addition to freedom for the Hammonds, the Bundy group is demanding that the federal government give up control of nearby Malheur National Forest.

The Malheur occupation is only the latest in a long line of armed confrontations between conservative land rights activists and the federal government on public lands. But the clearest historical precedent for Saturday’s takeover came in 1966, when Alianza Federal de Mercedes, a group founded by Chicano land rights activist Reies Lopes Tijerina, occupied a part of Carson National Forest north of Santa Fe and declared it New Pueblo Republic of San Joaquin del Rio de Chama. They even arrested two Forest Rangers who come to confront them, and charged them with trespassing. Tijerina’s occupation lasted all of one day. Ammon Bundy told the Oregonian on Saturday that his group might hold their position for years.