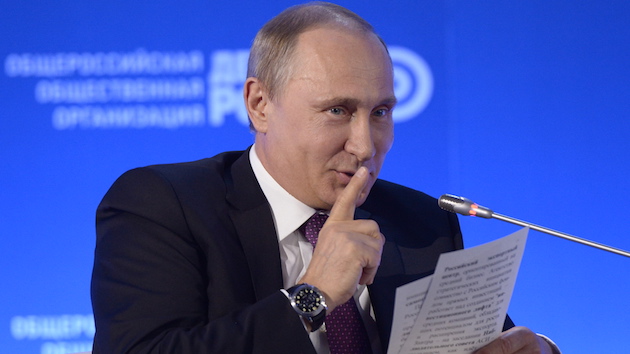 A British inquiry is set to officially blame the Russian government for the 2006 killing of a former Russian spy in London. But British diplomats will reportedly ask Prime Minister David Cameron not to retaliate against Russia, fearing that sanctions or other measures could sour relations and jeopardize peace talks over Syria.

Alexander Litvinenko, a Russian intelligence whistleblower who fled to the UK and eventually began working for Britain’s MI6, died in 2006 after he was poisoned with radioactive polonium, which was apparently placed in a cup of tea at London’s Millennium Hotel. While on his deathbed, he helped investigators trace the element that killed him back to his assassins. The independent panel that investigated his death will probably say those assassins were sent by the Russian government. “It is most expectable that Russia will be connected somehow to this crime,” Igor Sutyagin of the Royal United Service Institute, a defense think tank in London, told Reuters.

The Guardian reported on Tuesday that while the UK may ask Russia to extradite Litvinenko’s alleged killers, diplomats don’t want to impose new sanctions against Russia or impose travel bans on any Russian officials. “The Foreign Office is eager to avoid a full blown row partly because Putin’s cooperation is badly needed to create a unified front against Islamic State in Syria,” wrote reporters Patrick Wintour and Luke Harding.