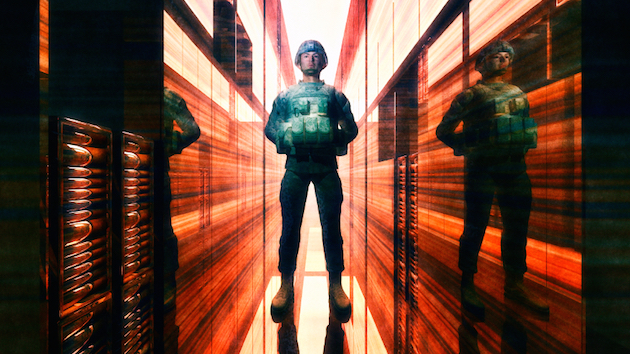 Sen. Marco Rubio (R-Fla.) complained at last week’s GOP presidential debate debate that the United States isn’t doing enough to beat ISIS in the online propaganda battle. “Every war we have ever been involved in has had a propaganda informational aspect to it,” he said. “ISIS is winning the propaganda war.”

That’s probably true: Not only is ISIS skilled at recruiting people online, but the group’s huge, sophisticated video operation and its products are now a hallmark of its brand of terror. The US government’s efforts to counter that machine, led by the State Department, have mostly been a laughingstock. Now the diplomats are getting reinforcements from the Pentagon, which recently got approval to conduct its own online propaganda efforts against terrorist groups and their sympathizers.

That permission came in the 2016 National Defense Authorization Act, the yearly bill that funds the military and sets new Pentagon policies. While the language was vague and bureaucratic—it allows the Department of Defense to “develop creative and agile concepts, technologies, and strategies across all available media”—the commander of the US Special Operations Command wrote to a congressional hearing in March that the Pentagon wanted to play a role in “counter-recruitment and reducing the flow of foreign fighters.” Countering propaganda is usually seen as public diplomacy, which is why the State Department takes the lead.

So how will the Pentagon succeed where the State Department has apparently failed? No one really knows. “There’s not a lot you can do to message against that kind of enemy,” says Will McCants, a fellow at the Brookings Institution who researches Islamic extremist groups. “A big part of their recruiting pitch is that they’ve been successful in creating a state in Syria and Iraq, and until that disappears, they continue to have a big talking point that no amount of tweeting or Facebooking is going to refute.”

Army General Joseph Votel, the Special Operations commanding general, admitted in his letter to Congress that the Pentagon doesn’t currently have much built-up skill or personnel to wage the propaganda war.

And the Pentagon has actually tried to play this game before, just in a covert setting rather than its now-public role: in 2011, the Guardian newspaper discovered the DOD planned to create a covert network of “sock puppets,” or false online identities, to argue against jihadists and their sympathizers. A spokesman at the US Central Command, which runs US military operations in the Middle East and Afghanistan, told the Guardian the program would include “classified blogging activities on foreign-language websites to enable CENTCOM to counter violent extremist and enemy propaganda outside the US.”

The Defense Department does have one big advantage: cash. “What DOD brings to the table is more money to throw at a project,” says Alberto Fernandez, who ran the Center for Strategic Counterterrorism Communications, the State Department office in charge of countering online terrorist propaganda, from 2012 to 2015. “CSCC had at its height [while I was there] about 50 people. You know, [DOD] can throw hundreds of people at it.” Yet Fernandez doesn’t believe the Pentagon has any tactics to employ that the government isn’t already trying. “It’s the same fight, and there’s no special shortcut or way to do it that’s unique to one organization over another,” he argues.

McCants agrees: While the details are still vague on what the Pentagon might do, he says, “this sounds more like doing what the State Department is already doing.” And he cautions that the battle over online messaging, which has heated up in the wake of the San Bernardino attack, may actually distract from larger issues in the war against ISIS.

“People put a lot of emphasis on the messaging stuff because they are so flummoxed and flustered by the knottier real-world problems,” he says. “If your policy is out of whack, no amount of messaging is going to fix it.”