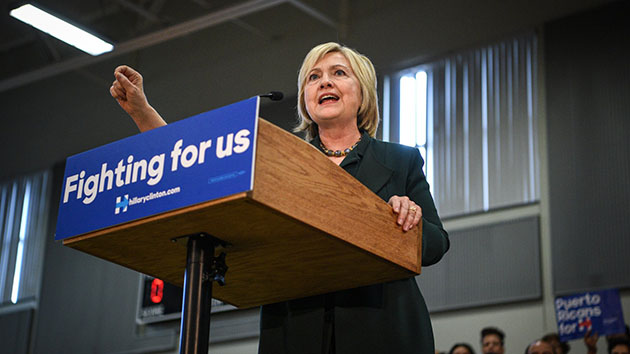 There was a mass shooting on Wednesday afternoon in San Bernardino, California, at Inland Regional Services, a center for people with developmental disabilities. Details are still sparse hours after the attack, with at least one suspect still at large, according to the police. Fatalities have been confirmed, though no exact figure has been released by the police so far. Check here for the latest updates.

Democratic presidential candidate Hillary Clinton responded quickly to the breaking news on Twitter, pushing the need for further gun control in light of the latest in a long string of mass shootings.

I refuse to accept this as normal. We must take action to stop gun violence now. -H https://t.co/SkKglwQycb

Clinton happened to be speaking about the need for gun control at a campaign stop in Florida just as the attack was unfolding, per ABC News’ Liz Kreutz. In a tweet, Kreutz quoted Clinton as saying that “90 americans a day die from gun violence, homicide, suicides, tragic avoidable accidents. 33 thousand Americans a year die. It is time for us to say we are going to have comprehensive background checks, we are gonna close the gun show loopholes.”

Hillary Clinton was speaking about gun control as the #SanBernardino shooting unfolded. Here’s what she said: pic.twitter.com/ZPbmK7eUK3