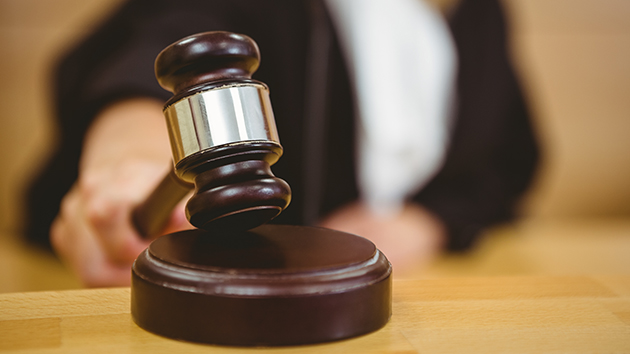 It’s a case that has haunted campaign finance watchdogs for years. The Commission on Hope, Growth, and Opportunity (CHGO) emerged in early 2010 as a nonprofit that would not engage in political work. Then, in the six weeks before the 2010 elections, the group spent about $4 million on political ads across 15 congressional races, all attacking Democrats. But in filings with the IRS, the group maintained that none of its spending was campaign-related, and it did not disclose any of its spending with the Federal Election Commission. Facing complaints from federal regulators, the group folded. Some of its key players—including Scott Reed, now a top strategist at the US Chamber of Commerce, and Wayne Berman, the chief fundraiser for Marco Rubio’s presidential campaign—split more than $1 million in leftover funds. No one involved was ever sanctioned.

Almost all the money CHGO raised came from a single donor. The group’s ability to spring up, use secret money to influence elections, and then disappear provides a template for rich donors who want to pick off or boost candidates without revealing their political activity.

But one watchdog group, the Democratic-leaning Citizens for Responsibility and Ethics in Washington (CREW), believes it has found a way to hold the group’s key players accountable. If successful, the effort could set its own template for forcing lax federal regulators to crack down on campaign finance violations by the types of outside groups that have been awash in money since the Supreme Court’s 2010 Citizens United ruling.

CREW’s first strategy is to compel the FEC to take action against CHGO’s top players. The FEC currently bears the unfortunate distinction of being the most dysfunctional agency in Washington. Made up of three Democratic and three Republican commissioners, it finds itself routinely deadlocked over whether to sanction groups that violate the law. Outside groups flout finance regulations, knowing that the commission is too divided to muster the majority vote needed to go after them. Admitting that the FEC is “worse than dysfunctional,” its former chairwoman, Ann Ravel, told the New York Times earlier this year that “the likelihood of the laws being enforced is slim.”

So CREW is suing the FEC for failing to do its job, and hoping that the courts will compel the agency to act.

CREW believes it has a strong case. In its complaint filed in federal court last month, CREW noted that the FEC took no action on CHGO despite three reports from the FEC general counsel’s office recommending that the agency find that CHGO acted illegally.

“It seems like if there’s ever a case where the court ought to get involved and make the law work, it’s a case where you have a clear violation and clear efforts to flout the law and evade accountability. And we think that’s what we’ve got here.”

Further, CREW’s complaint details how, in the course of the FEC’s investigation, CHGO’s top officers either destroyed or failed to produce key documents requested by the FEC. CREW also alleges that they misrepresented their involvement with the group, including the $1.1 million that they divided among themselves. Berman, who allegedly received a third of that money, told the FEC through his lawyer that his role with CHGO was “strictly on a volunteer basis.”

“This is about as strong a case as you can get,” says Noah Bookbinder, CREW’s executive director. “It seems like if there’s ever a case where the court ought to get involved and make the law work, it’s a case where you have a clear violation and clear efforts to flout the law and evade accountability. And we think that’s what we’ve got here.” He admits it’s hard to predict what the courts will do, and that it takes a strong case to compel federal agencies to act, but he thinks the courts are aware of the FEC’s uniquely dysfunctional state.

“It looks like an excellent case to order the FEC to act on,” says Lawrence Noble, a former FEC general counsel who now works as an attorney at the Campaign Legal Center, another watchdog group.

CREW has a second strategy for going after CHGO’s key players: asking federal prosecutors to launch an investigation based on evidence that Reed, Berman, and others lied to the FEC about their involvement, hid CHGO’s activities and spending from the IRS, and potentially broke the law by dividing the $1.1 million among themselves.

Here, CREW is seeking to exploit a bit of a loophole. Generally, the violations it claims CHCO perpetrated are not subject to the criminal provisions of campaign finance law. But lying to the feds, as CREW alleges, can trigger criminal penalties.

“This case goes a step beyond [standard campaign finance violations] because you have key players denying their level of involvement—and getting a whole bunch of money,” says Bookbinder. “It looks to us like either they were hiding the extent of their involvement or they’re taking money they weren’t entitled to.”

This route may be more difficult. The Justice Department rarely wades into campaign finance violation cases, and any investigation it does launch won’t be public, so it will be hard to know whether CREW’s complaint had an impact.

Whether through the FEC lawsuit or a criminal investigation, CREW is hoping to set a precedent for future legal challenges to political operatives who violate campaign finance regulations in the era of FEC dysfunction by showing that they can be held accountable.

So far, the key players have made out well since CHGO. In addition to Reed and Berman’s high-powered political jobs, a third man, William Canfield III, is now general counsel for the super-PAC backing Carly Fiorina’s presidential bid. Reed and Berman enjoy their status as consummate Beltway insiders. Each man’s birthday is usually written up in Politico‘s Playbook newsletter, a who’s who of inside Washington, thanks to a tip from the other. On November 8, for example, Playbook noted it was the birthday of “Wayne Berman, Blackstone senior advisor for global government affairs (hat tip: Scott Reed).” A few days later, CREW filed its complaint against them.