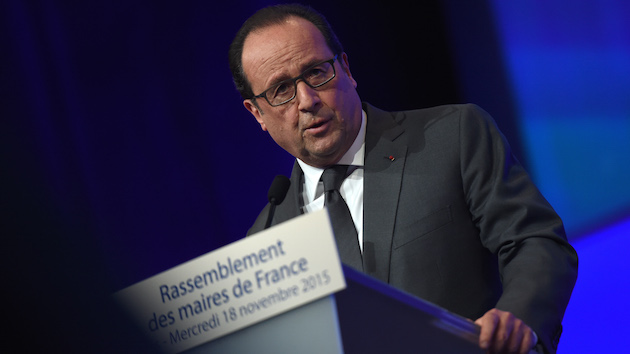 A growing number of politicians in the United States have used last Friday’s terrorist attacks in France to argue for tighter restrictions, if not an outright halt, on accepting Syrian refugees. But in France itself, the government is keeping its doors open.

French President Francois Hollande said on Wednesday at a meeting of French mayors that France will accept 30,000 refugees over the next two years, calling it his country’s “humanitarian duty.” The announcement earned a standing ovation from the mayors, according to the Washington Post.

France had already committed to take in just over 24,000 refugees under the terms of a mandatory EU quota plan that was adopted in September. Extending that commitment to 30,000 is one of the few positive signs for the EU’s efforts, largely led by Germany, to spread refugees more equitably across the continent. The plan was opposed by Eastern European and Balkan countries through which large numbers of refugees have crossed in recent months, and opposition has increased following the Paris attacks. The government of Hungary announced on Wednesday that it will sue the EU to overturn the quota plan. “Most of Europe’s population doesn’t agree with the quota. Its social legitimacy is lacking,” said Laszlo Trocsanyi, the Hungarian justice minister.