At Tuesday night’s debate, Ohio Gov. John Kasich ripped into Donald Trump about his plan to deport 11 million immigrants should he become president. “Come on, folks,” he said, exasperated. “We all know you can’t pick them up and ship them back across the border. It’s a silly argument. It’s not an adult argument. It makes no sense!”

In response, Trump invoked historical precedent: “Let me just tell you that Dwight Eisenhower. Good president. Great president. People liked him. I liked him. I Like Ike, right? The expression, ‘I like Ike.’ Moved 1.5 million illegal immigrants out of this country. Moved them just beyond the border, they came back. Moved them again beyond the border, they came back. Didn’t like it. Moved ’em waaaay south, they never came back. Dwight Eisenhower. You don’t get nicer, you don’t get friendlier. They moved 1.5 million people out. We have no choice. We. Have. No. Choice.” (You can see video of the entire exchange above.)

The Eisenhower program Trump was referring to, if not by name, was called “Operation Wetback.” Implemented by President Eisenhower in the 1950s, the program was frighteningly simple: round up undocumented immigrants and drop them off in Mexico by the busload. The more obscure the location, the better. Dozens of the operation’s deportees died. The program was initiated by then-Attorney General Herbert Brownell Jr., who ordered his officers to shoot “wetbacks” trying to enter America. Ultimately, it wasn’t even as successful as Trump claims: Some researchers consider the 1.5 million-deported figure to be highly exaggerated.

While the rest of us took to Google: 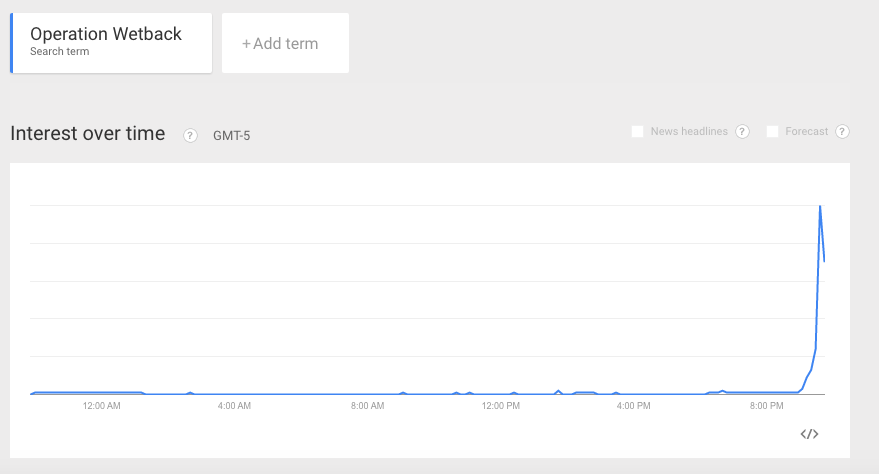