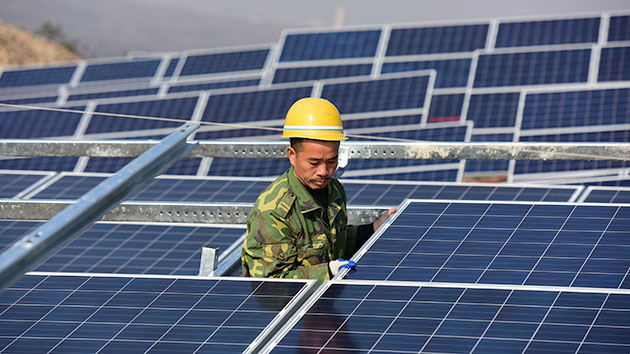 When world leaders convene on Monday in Paris for two weeks of high-stakes climate negotiations, one of the top items on the agenda will be how developing nations should prepare for and help to slow global warming. Opponents to President Barack Obama’s climate agenda, such as GOP presidential contender Marco Rubio, like to argue that anything the United States does to curb greenhouse gas emissions will be pointless because countries like India and China aren’t doing the same.

But new data from Bloomberg New Energy Finance shows that this argument is just hot air: For the first time ever, over the last year the majority of global investment in clean energy projects was spent in developing countries. In fact, clean energy investment in China alone outpaced that in the United States, the United Kingdom, and France combined, BNEF found. Across 55 major non-OECD countries, including India, Brazil, China, and Kenya, clean energy investment reached $126 billion in 2014, a record high and 39 percent higher than 2013 levels.

The chart below shows how that level of investment is opening up a market for wind, solar, and other clean energy projects in non-OECD countries that is now larger than the market in the traditional strongholds of the United States and Europe. In other words, the very countries Rubio likes to malign as laggards are actually leading the charge. 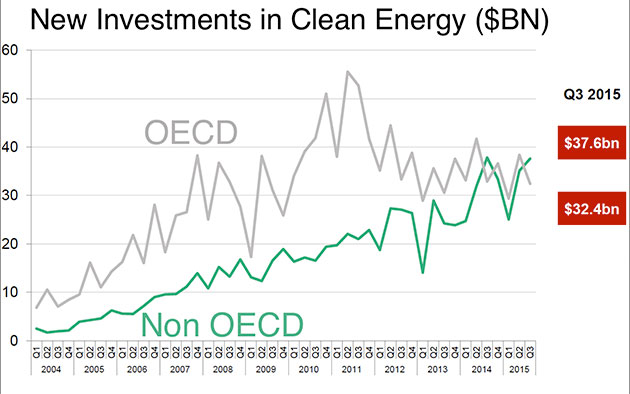 That trend is likely to continue for decades to come, BNEF found. Check out their projection for growth through 2040:

These numbers add up to a big deal for the climate, because they show that countries in Africa and Southeast Asia that still lack reliable electricity for millions of people are solving that problem, and growing their economies, without relying on dirty fossil fuels. China, to be clear, is still the world’s largest emitter of greenhouse gases, and it doesn’t plan to peak its emissions until 2030. But its early commitment to clean energy means it can continue its rapid rate of growth with far less pollution than it would produce otherwise.

The BNEF report is just the most recent good sign for the clean energy business. Big corporations in the United States are signing contracts for a record amount of clean energy for their data centers, warehouses, and other facilities. And the Paris talks are likely to send a jolt through the industry, as countries around the world redouble their commitments to get more of their power from renewable sources.

Stay tuned for more news on this front as the talks unfold over the coming weeks.