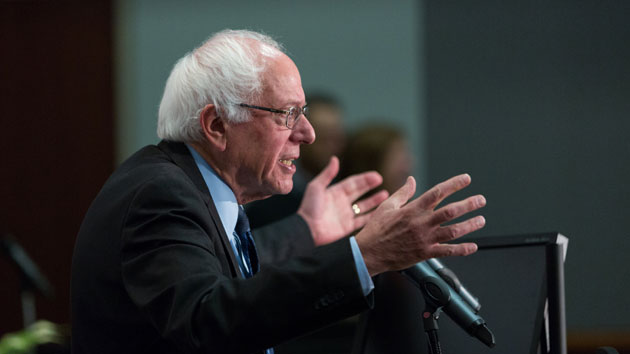 Sen. Bernie Sanders’ campaign has signaled for months that it doesn’t want to go negative against former secretary of state Hillary Clinton. At the second Democratic presidential debate on Saturday, Sanders took the gloves off—hitting the former secretary of state for her support among Wall Street donors. But early on, he took a pass on underscoring a major point of distinction between them.

The first half hour of the second Democratic presidential debate was focused on how the United States should deal with ISIS and international terrorism. It could have been an opening for Sanders to highlight Hillary Clinton’s early support for the Iraq war. And out of the gate, Sanders did emphasize his opposition to the 2003 invasion. “I don’t think any sensible person would disagree that the invasion of Iraq led to the instability we are seeing now,” he said. “I think that was one of the biggest foreign policy blunders in the history of the United States.”

But when the CBS moderator, John Dickerson, pressed him specifically about Clinton’s support for the war, he didn’t take the gloves off:

That was it. It was a history lesson—and a true one—but it was hardly a powerful indictment of her record.

By contrast, in 2007, then-Sen. Barack Obama hammered Clinton over and over again for her vote to authorize the war; on Saturday, Sanders spoke right past her.