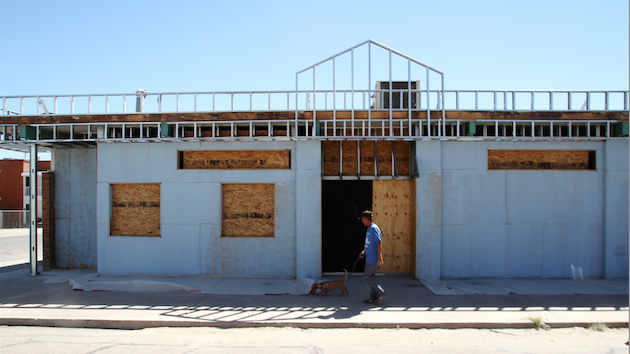 New research from the University of Texas—Austin has found that women seeking abortions in cities such as Dallas, Forth Worth, and Austin face staggering wait times of up to 20 days before they can get the procedure. The data, which researchers working for the Texas Policy Evaluation Project released Monday, provides a startling look at the effects of abortion clinic closures in Texas just as the Supreme Court is deciding whether or not to hear a case that could slash the number of remaining clinics by half. 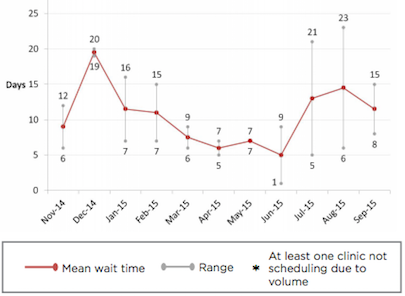 Researchers documented wait times for clinics in Forth Worth, Dallas, Austin, San Antonio, and Houston from November 2014 to September 2015. In Austin, the average wait over the course of those 11 months was 10 days. In Dallas and Fort Worth, the annual average was 5 days. They also calculated the average monthly wait times and the range of wait times in a given month and found that average wait times within a single month reached up to 20 days in the Dallas-Fort Worth area—where there are five abortion clinics—and wait times for individual patients could reach up to 23 days.

The escalating wait times are a result of successful efforts to close more than half of Texas’s abortion clinics. Most of those clinics were closed by HB 2, a 2013 anti-abortion law that many consider to be the harshest in the nation. Its provisions included a requirement that clinics must have admitting privileges with a hospital no more than 30 miles away. Before the measure, Texas had 41 clinics; four months after it took effect, there were only 22. Today, there are 19.

A final provision of the law, which may be the subject of a Supreme Court battle later this year, would close all but 10 clinics if it goes into effect. That measure requires abortion clinics to be regulated similarly to hospitals, which makes it dramatically more expensive to operate an abortion clinic. Leading medical organizations, such as the American College of Obstetricians and Gynecologists, maintain this level of medical infrastructure is not necessary to safely perform most abortions. Whole Woman’s Health, a chain of abortion clinics with several providers in Texas, sued in federal court and succeeded in having the Supreme Court temporarily block the law. The court could make a decision to hear the full case as soon as this month.

A wait time of almost three weeks has serious consequences for women seeking abortions, ranging from her ability to afford an abortion, which becomes more expensive as the pregnancy progresses, to intensity of the procedure. In the second trimester, the cost of an abortion may go up by a hundred dollars every week. The researchers found that if the Supreme Court were to allow all but 10 clinics to close, it would almost double the number of second-trimester procedures in Texas—from 6,600 in 2013 to 12,400. 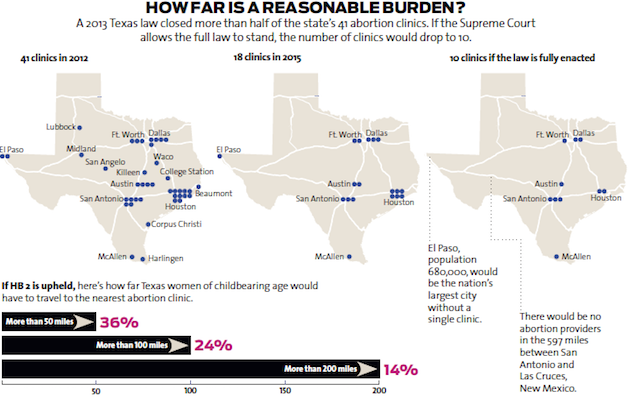 The researchers also predicted that if the Supreme Court upheld HB 2, the 10 clinics that would remain open would not have the capacity to meet demand. Those clinics today provide only one-fifth of abortions in Texas. If they were the only clinics in Texas, they would probably experience consistent wait times of around three weeks. For instance, the Houston area saw an average wait time of less than five days. But Houston has six clinics. If the law were fully in place, it would only have two clinics. And as clinics closed around the state, the number of abortions taking place in Houston would rise from 3,900 in 2013 to more than 11,000.

And the South isn’t the only region where clinic closures have sent a wave of patients looking for new providers. The problem is also pronounced in Ohio, where eight clinics have closed since 2011. Officials for Preterm, a clinic in Cleveland, say the number of patients traveling from a different part of Ohio has jumped 160 percent, and the number of patients from out of state has almost doubled.

As Mother Jones reported in a recent feature, a clinic called the Cherry Hill Women’s Center in southern New Jersey is seeing more and more patients from Virginia, because clinics in Maryland and Delaware are overbooked, and from the Midwest, because many clinics there have closed. An analysis by Mother Jones found that clinics are closing at a rate of 1.5 per week. If the trend keeps up, the new data from Texas may turn out to be a bellwether for the rest of the nation.