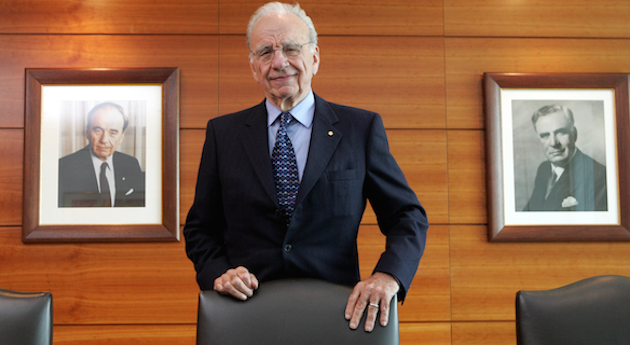 This morning, medial mogul and News Corp. overlord Rupert Murdoch was forced to retreat from a tweet he sent out last night addressing his notion of who does and does not qualify as a “real black president.” That tweet, which also appeared to endorse Republican presidential candidate Ben Carson, looked like this:

Ben and Candy Carson terrific. What about a real black President who can properly address the racial divide? And much else.

The message sparked a wave of backlash on social media condemning Murdoch for inappropriately criticizing President Barack Obama—the first black president of the United States—and his work to address racial issues. In an attempt to justify his offensive remarks, he referred to a recent New York magazine profile looking back at the president’s legacy in the African American community. But, to no one’s surprise except perhaps Murdoch’s, the explanation did nothing to lessen the ridicule and the outrage.

@rupertmurdoch Can you please regularly advise black Americans on which of them is “real”, so they’ll be free of doubt?

Hours later, and with a heavy meditation on the space key, Murdoch apologized.

Looks like Murdoch, a noted Donald Trump detractor, is going to have to rethink how he attempts to advance Carson’s presidential aspirations. It might also be helpful to remember who the sitting president actually is.