Does a man ever grow up? Apparently not. I’m a geezer, for Chrissake, and I can’t stop laughing at Poorly Drawn Lines. That’s the popular web comic by Reza Farazmand that, come October 6, you can acquire in the form of ink rolled onto processed and flattened dead trees. You know, a book.

Farazmand’s gags are, if not poorly drawn, then simply drawn. They poke fun at technology, art, metaphysics, human (and creature) foibles, and the meaning of life. For the most part, they’re kind of juvenile and super jaded, kind of like The Far Side meets Mad magazine, except with more swearing. Naturally, my 13-year-old loves ’em. And although they’re hit or miss, like all comics, I love ’em, too.

Buffalo: Some buffalo can jump as high as 36 feet.

Buffalo: Some buffalo are lonely and lie to gain attention.

[They pause to consider.]

Buffalo: Some buffalo would be down to get a drink later, or…

Man: I have a thing tonight.

If I have to explain why that’s funny, you don’t deserve to get it. (Sorry, Mom.) But plenty of people do, judging from the strip’s 650,000-plus Facebook fans. Here are some more examples from the book: 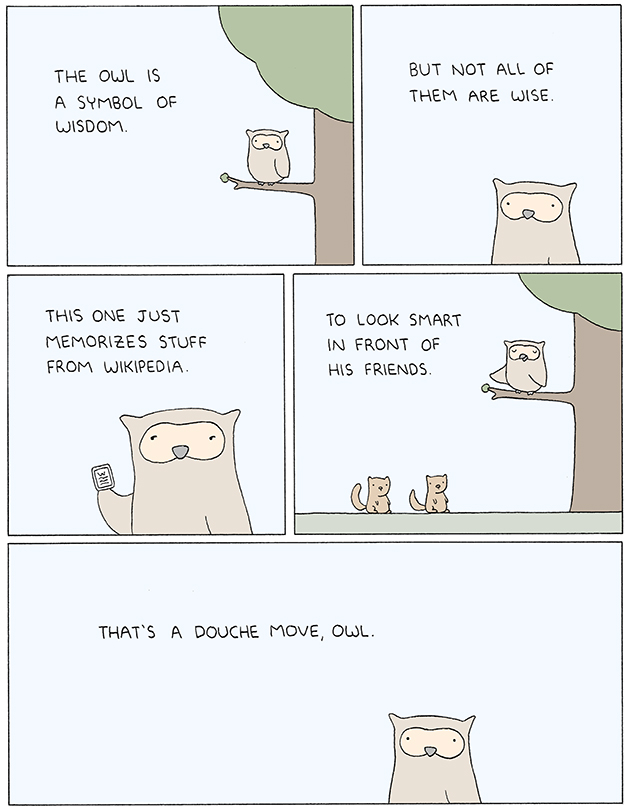 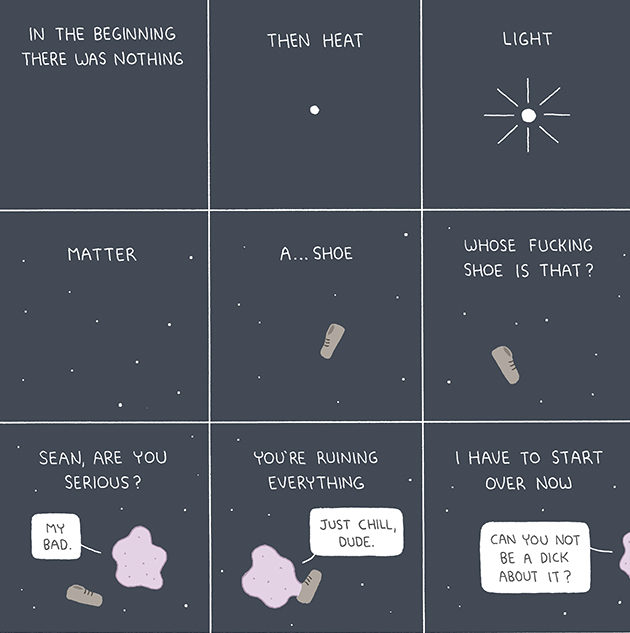 See what I mean?

The book punctuates selections of strips with Farazmand’s absurd mini-stories, monologues, and illustrated deep thoughts (forms you can also find in his blog), such as:

“We had to put the cat down because she was growing old and had become more racist.”

“I think the world would be a better place if there were no guns. Then we could finally focus on the important things, like sword fighting and how to kill a man with one punch.”

Some of the comics are kind of sweet, actually. Like the one where an astronaut gives a gift to a very ugly alien thing and makes it happy. My kids and I adored Small Cat. 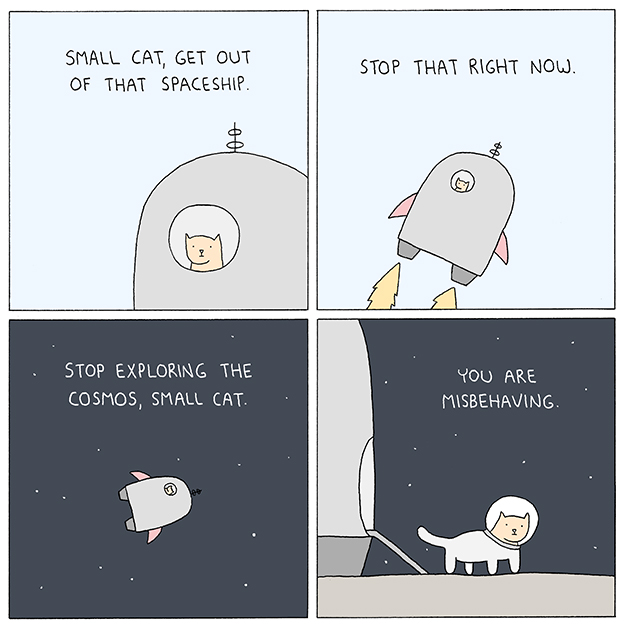 And I found this one kind of touching: 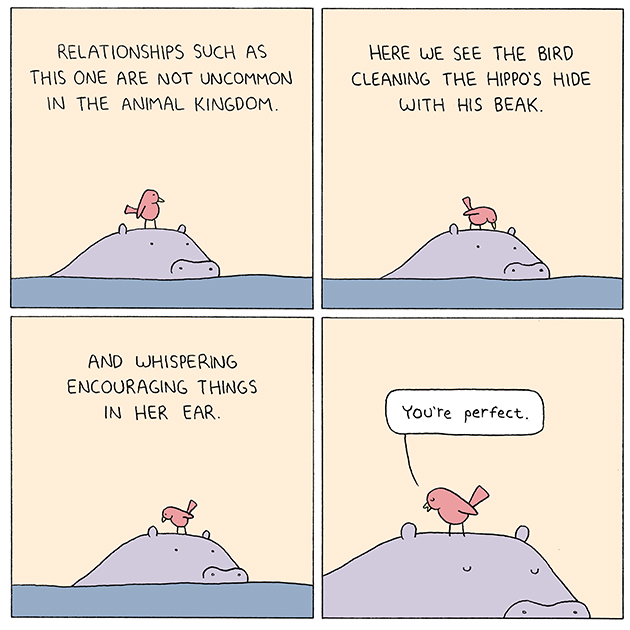 Poorly Drawn Lines, like the hippo, isn’t perfect, but it’s definitely worth encouraging. Keep it up, Reza!