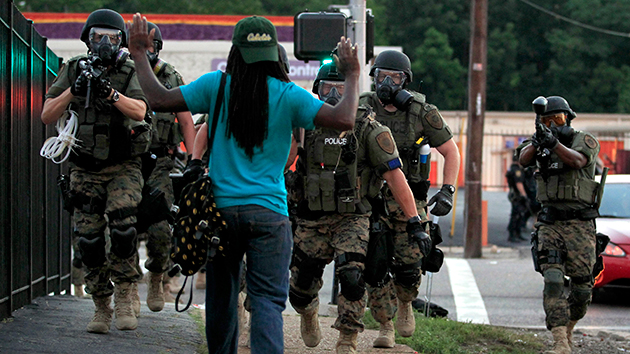 After a year in which killings of unarmed suspects by the police have become a major national issue, activists, law enforcement experts, and political leaders have all stressed the importance of introducing more and better training for officers. Police departments across the country have begun to re-evaluate how they teach cops to use physical force, defuse tension with suspects, approach the mentally ill, and check their own unconscious biases. But what do we really know about police training as a solution? Will it be effective? Here are some of the key questions:

What specific steps have police departments taken? A recent survey by the DC-based Police Executive Research Forum revealed that the majority of an officer’s training on use of force consisted of firearms and defensive tactics. “We spend much less time discussing the importance of deescalation techniques and crisis intervention strategies,” Chuck Wexler, the group’s executive director, wrote in August. The Presidential Task Force on 21st Century Policing, formed in response to Ferguson and other controversial police shootings, urged that “the need for expanded and more effective training has become critical.” Its top recommendations to law enforcement agencies include making classes on crisis intervention mandatory for basic recruits and officers in the field, and forming “training innovation hubs” between universities and police academies.

In 2012, Washington state’s police academy introduced cadets to a new curriculum that emphasized trainings in crisis intervention, building social skills, and critical thinking—a shift from its previous boot camp approach. The NYPD is currently retraining its officers on de-escalation, communication, and minimizing use of force. In early September, Cleveland introduced plans to ramp up training that teaches officers how to respond to suspects who may have mental illnesses—a change prompted by the city’s recent settlement with the US Department of Justice following a federal investigation into the Cleveland PD.

After the fatal police shooting of Antonio Zambrano-Montes in Pasco, Washington, the DoJ announced in May that it would train Pasco officers for a year in order to “enhance trust and communication between the community and the police department.” And following a record number of officer-involved shootings in 2010, the Las Vegas Metropolitan Police Department overhauled its training curriculum, which now includes instruction on implicit bias and “reality-based trainings” focused on appropriate use of force.

How do we know whether these kinds of reforms will help reduce officer-involved shootings? Some departments that have introduced training reforms, such as those in Las Vegas and Maryland’s Montgomery County, say the changes have lowered problematic use-of-force incidents. Yet researchers have little data on potential impacts with regard to use of force, mental-health crisis intervention, and building community trust. “We know virtually nothing about the short- or long-term effects associated with police training of any type,” Northwestern University political scientist Wesley Skogan wrote in a 2014 paper published in the Journal of Experimental Criminology.

In a report commissioned by the National Research Council in 2004, Skogan and others found that while it had long been assumed “that more and better police training leads to improved officer performance,” there were “scarcely more than a handful of studies on the effects of training,” and that “research on the effects of training content, timing, instructor qualifications, pedagogical methods, dosage, and long-term effects is virtually nonexistent.” In the decade since, Skogan says, “there has not been much progress.”

The lack of rigorous scientific assessments on police training programs means that in areas like crisis intervention or hostage negotiations, “we’re flying by the seat of our pants,” says Dave Klinger, a former officer and a criminologist at the University of Missouri-St. Louis. That can be dangerous for both the officers and the communities they serve, he adds.

Why isn’t there more research available on these kinds of training programs? The argument that policing should be rooted in science is nothing new, but translating academic research into practice on the streets is complicated territory. As researchers at the Center for Evidence-Based Crime Policy explained in a 2012 paper, what works at one department may not work in another. Scientists and police departments might also disagree, they said, on how to measure an agency’s effectiveness or define what “good policing” looks like. “The worlds of the practitioner and the scientist operate on vastly different timelines,” they wrote, “with police chiefs believing that they need quick solutions, and academics believing that without adequate deliberation, the quality of the science might be compromised.”

Why don’t we know more about what training works? Part of the answer is that ultimately it’s hard to know whether an officer’s behavior during any given scenario was directly affected by training that he or she received. There have also been some “serious methodological limitations” in past research on training, Skogan found in his 2004 report. It’s also hard to isolate the effect of training from other factors that could influence an officer, such as his or her workload, stress, or other factors influencing the operations of a police department and its personnel.

Lorie Fridell, a criminologist at the University of South Florida, says she has been thinking about how to better measure racial or other implicit bias in policing since 1999, when she wrote a book on the subject. She says it’s been “incredibly challenging” to come up with effective approaches. Fridell runs a training program that teaches officers to recognize and check their implicit bias, and she plans to conduct a controlled study on the effects of the training to determine how an officer’s attitude and skills may have changed as a result. But the study won’t be able to show how the training affected an officer’s behavior on the streets, she explains, because measuring bias in that setting would require pinpointing the motive behind an officer’s actions in any given situation.