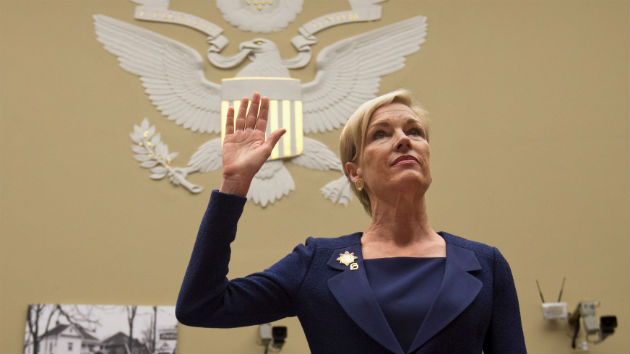 A handful of Planned Parenthood clinics across the country allow patients to donate their fetal tissue following an abortion, a practice that is legal in the United States and has contributed to medical research breakthroughs like the polio vaccine. And as part of their fetal tissue donations programs, Planned Parenthood typically gets reimbursed for the cost of getting the donation to researchers—about $60 per case.

But that will soon change: On Tuesday, Planned Parenthood’s president, Cecile Richards, announced that the organization will no longer accept reimbursement to cover the cost of fetal tissue donations and will instead pay out of pocket for all donations going forward.

The change, announced in a letter to the National Institutes of Health, comes after an onslaught of conservative attempts to completely defund and attack the women’s health care organization on the basis of its fetal tissue donation programs.

In the letter, Cecile Richards wrote that the policy change was intended to “completely debunk the disingenuous argument that our opponents have been using” against abortion and fetal tissue donation. She continued:

Planned Parenthood’s policies on fetal tissue donation already exceed the legal requirements. Now we’re going even further in order to take away any basis for attacking Planned Parenthood to advance an anti-abortion political agenda…Our decision not to take any reimbursement for expenses should not be interpreted as a suggestion that anyone else should not take reimbursement or that the law in this area isn’t strong. Our decision is first and foremost about preserving the ability of our patients to donate tissue, and to expose our opponents’ false charges about this limited but important work.