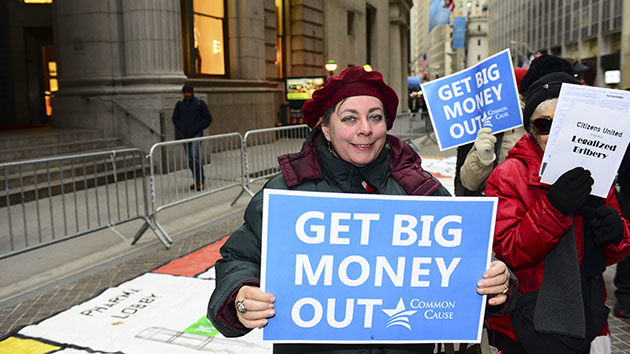 As the other Democratic candidates release their third quarter fundraising numbers—$28 million for Hillary Clinton, $26 million for Bernie Sanders—Martin O’Malley has remained mum. But the former Maryland governor has seized the occasion of fundraising disclosures to put forward a campaign finance plan that seeks to rein in runaway political spending.

Like his two main Democratic rivals, O’Malley wants to overturn the Supreme Court’s Citizens United decision that ushered in an era of unlimited political donations, increase disclosure rules, and set up a public campaign financing system. But O’Malley goes further in calling for an overhaul of the Federal Election Commission, the agency that is intended to regulate election spending but is instead so mired in dysfunction that it barely managed to organize its own 40th anniversary party earlier this year. “The likelihood of the laws being enforced is slim,” the chairwoman of the agency, Ann Ravel, told the New York Times. “People think the F.E.C. is dysfunctional. It’s worse than dysfunctional.”

Because of the FEC’s structure, with an equal number of Republican and Democratic commissioners, the agency is deadlocked. One of the things that the FEC is supposed to be doing is cracking down on illegal coordination between super-PACs, political nonprofits, and campaigns. As president, O’Malley says, he would push to reorganize the agency so that it is led by one independent administrator “serving a term independent from the president who appoints them.” His plan would also increase the FEC’s power to punish groups that break campaign finance laws.

O’Malley’s plan is unlikely to boost his barely registering poll numbers. If a strong campaign finance reform agenda were the golden ticket to success, then Larry Lessig’s single-issue campaign would be atop the polls. (It’s not.) But at least O’Malley can tout his plan in two weeks at the first Democratic debate—and find something to promote on a day when his rivals are showing off their big hauls.