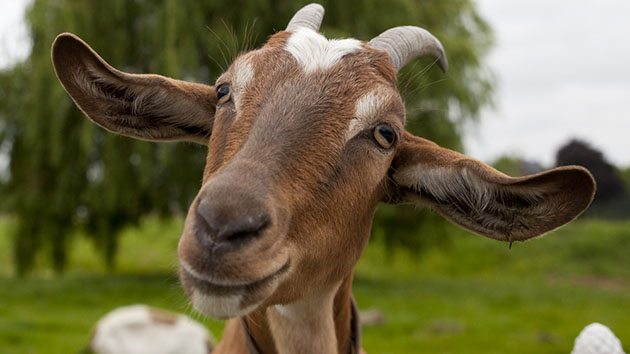 Of all the scandals that have dogged political campaigns, the one threatening Augustus Sol Invictus’ US Senate run may be among the most unusual: ritual goat sacrifice.*

In 2013, Invictus walked from central Florida to the Mojave Desert and spent a week fasting and praying. Upon his return home, the Associated Press reports, Invictus sacrificed a goat and drank its blood in an apparent pagan ritual.

“I did sacrifice a goat,” Invictus told the AP. “I sacrificed an animal to the god of the wilderness…Yes, I drank the goat’s blood.”

Invictus—he changed his birth name but declined to provide it to the AP—is now running for Senate in Florida on the Libertarian Party ticket. But the party hasn’t taken well to has candidacy. Its state chairman resigned in protest and called Invictus a “self-proclaimed fascist” who is “promoting a second civil war.” Invictus denied these charges but said he “sees a cataclysm coming.”

In 2013, Invictus wrote a letter to his classmates at the DePaul College of Law in which he seemed to say he might start a new civil war. “I have prophesied for years that I was born for a Great War; that if I did not witness the coming of the Second American Civil War I would begin it myself,” he wrote. “Mark well: That day is fast coming upon you. On the New Moon of May, I shall disappear into the Wilderness. I will return bearing Revolution, or I will not return at all.”

He did return. But so far the only revolution he’s bearing is the one within his own party.

Correction: An earlier version of this article misstated Invictus’ role in the Libertarian Party.