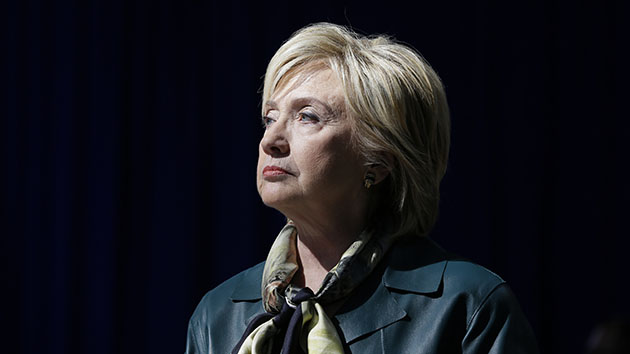 Hillary Clinton firmly distanced herself today from a top priority of the Obama administration, announcing her opposition to President Barack Obama’s controversial trade deal after avoiding a firm position on the pact for months.

In an interview with CBS’s Judy Woodruff in Iowa on Wednesday afternoon, Clinton stated her opposition to the Trans-Pacific Partnership (TPP), a deal that, after years of negotiations, Obama hopes will be a cornerstone of his presidential legacy. In the interview, Clinton cited apprehension that protections against currency manipulation were absent from the details of the TPP, as well as her concern over the imbalance between benefits for pharmaceutical companies and those for patients.

“We’ve learned a lot about trade agreements in the past years,” Clinton said. “Sometimes they look great on paper. I know when President Obama came into office he inherited a trade agreement with South Korea. I, along with other members of the cabinet, pushed to get a better agreement. Now looking back on it, it doesn’t have the results we thought it would have.”

Shortly afterward, Clinton published a fuller explanation of her opposition to the deal.

“As I have said many times, we need to be sure that new trade deals meet clear tests,” Clinton wrote. “They have to create good American jobs, raise wages, and advance our national security.”

This move from Clinton is not altogether surprising in the context of her political evolution regarding trade deals. In June, Clinton proclaimed that had she still been serving in the Senate, she would have voted against giving Obama “fast-track authority” to enact the TPP. But in her 2014 book Hard Choices, she wrote that while the TPP “won’t be perfect,” it would still “benefit American businesses and workers.” And as Obama’s secretary of state, she called it the “gold standard in trade agreements.”