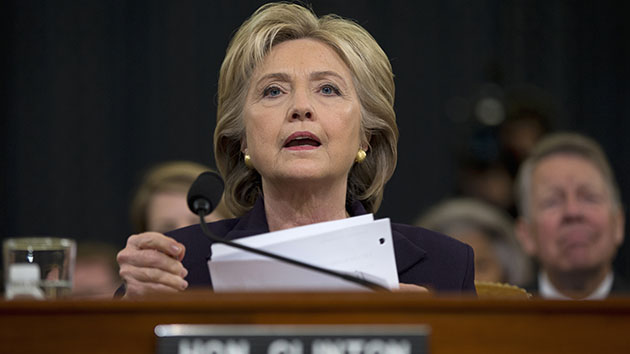 The first session of Hillary Clinton’s testimony before the House Select Committee on Benghazi was mostly a snoozer Thursday morning, featuring much rehashing of old, minor points about whether Clinton, as secretary of state, received requests for further security at the consulate in Benghazi, Libya, before it was attacked on September 11, 2012. But just before the panel broke for lunch, a tussle erupted between the committee’s ranking member, Elijah Cummings (D-Md.), and chairman, Trey Gowdy (R-S.C.). The subject: Sidney Blumenthal, a longtime Clinton associate who regularly emailed Clinton to pass along advice and intel he had picked up on the situation in Libya. Blumenthal, who served as a senior adviser to Bill Clinton during his presidency, has become an obsession of Republicans eager to drag Clinton through the mud. His name came up more than 40 times during the first half of the hearing.

Gowdy (R-S.C.), who had been peppering Clinton with questions about her correspondence with Blumenthal, was poised to adjourn the hearing for lunch when Cummings objected. He made a seemingly simple request: If Gowdy considered Blumenthal’s messages to Clinton so crucial to the investigation at hand, why not release the transcript of the panel’s behind-closed-doors interview with Blumenthal in June? Blumenthal’s own lawyer has requested that the full transcript be released for public consumption.

Cummings, his voice growing in anger, demanded that the committee vote on unsealing the transcript. But Gowdy disputed whether Cummings had the power to call for such a vote, before abruptly recessing the session. When the committee reconvened 45 minutes later, Gowdy had apparently learned he’d been mistaken. He quietly called for a vote on whether Blumenthal’s transcript should become public. The seven Republicans on the committee quickly voted against the measure. (Kansas Rep. Tom Pompeo, momentarily confused, voted yes before switching his to a no vote), overruling the five Democrats who voted in favor. With that matter resolved, Gowdy returned to his questioning of Clinton and turned once again to the subject of…Blumenthal.