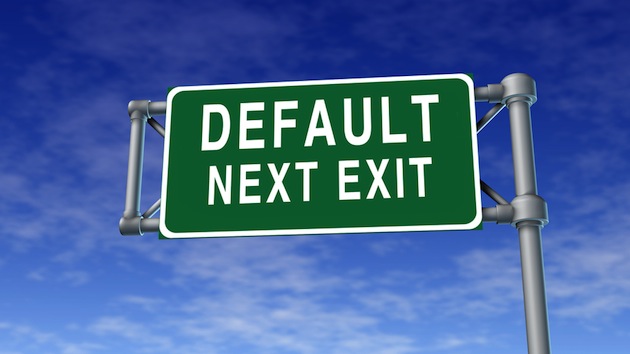 Congress must raise the debt ceiling by November 3 in order to avoid a disastrous government default, the Treasury Department warned House Speaker John Boehner in a letter on Thursday. That means the precipice will come two days earlier than previously thought, even as Republican lawmakers continue to accuse the Obama administration of inventing a date in order to force them to raise the ceiling without pursuing the spending cuts they’ve sought to extract from the White House in exchange.

“We now estimate that extraordinary measures will be exhausted no later than Tuesday, November 3,” wrote Treasury Secretary Jacob Lew. “I respectfully urge Congress to take action as soon as possible.”

Republican lawmakers are unlikely to take this entreaty at face value: Several Republican members of Congress told Politico earlier this month that they believed the November 5 deadline was a fiction devised by the White House to gain political leverage in negotiations over the debt ceiling.

“There is nothing that the White House considers more flexible than the debt ceiling deadline,” Republican Sen. Roy Blunt of Missouri told Politico.

Delays come with substantial risks and costs. “We have learned from the past that failing to act until the last minute can cause serious harm to business and consumer confidence, raise short-term borrowing costs for taxpayers, and negatively impact the credit rating of the United States,” Lew wrote.

Republicans in Congress have forcefully resisted efforts to raise the debt ceiling. Boehner is hoping to resolve the impasse before leaving Congress at the end of this month. The announcement of his resignation came after a series of struggles with the increasingly powerful conservative arm of the Republican Party, which has rebuffed his attempts at compromise.