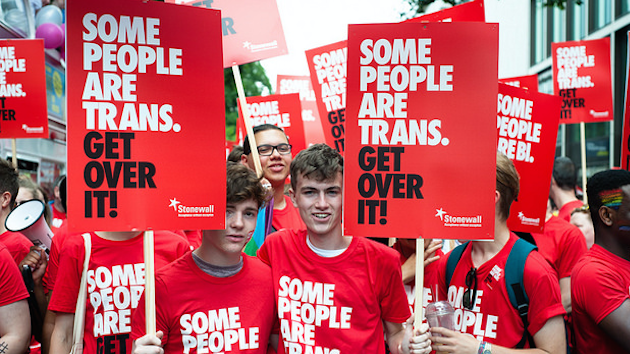 Last week, the Department of Health and Human Services proposed new rules to crack down on pervasive health care discrimination against transgender men and women. The draft rules address forms of discrimination that were banned years ago on paper but remain a constant feature in many transgender individuals’ dealings with doctors and insurance companies—from being refused basic services such as blood tests to not being reimbursed for health care screenings such as Pap smears or prostate exams.

If approved, the rules would force many health care providers and insurers across the country to provide transgender patients with the same medical treatments and level of care they provide to nontransgender people—parity that most insurers never even approach.

In a recent survey of transgender men and women by the National Center for Transgender Equality and National Gay and Lesbian Task Force, 19 percent of people polled reported that someone refused them medical care because of their gender identity. Twenty-eight percent had postponed medical care because of discrimination, and half reported that they had to explain transgender health issues to their own doctors. These practices have contributed to disproportionately negative health outcomes for transgender people compared with the general population, such as staggering rates of depression, suicide, and HIV.

The rules proposed last Thursday do not compel insurers to cover the medical components of the transition process, such as hormone therapy and sex reassignment surgery. But Mara Keisling, the founder and director of the National Center for Transgender Equality, stresses that health care discrimination goes far beyond transition treatments. It can be as simple as “access to hospital rooms,” says Keisling. “Being placed with a roommate of the wrong sex.” Transgender patients have reported being forced to undergo a pelvic exam when going to the doctor for a sore throat or being grilled at length about their gender identity and sexual history when seeking treatment for a broken arm. Keisling adds that insurance companies routinely refuse transgender men and women sex-specific preventive care—such as mammograms or prostate exams. These rules would force insurers to cover whatever preventive services a doctor finds necessary, regardless of what gender is listed in the patient’s medical history.

Thirty-seven-year-old Seth Marlow’s medical history reads like a catalog of such abuses. Marlow works in health care IT and is well connected in transgender advocacy circles. But even he has struggled to get basic medical care. At one point, Marlow says, he was unable to have routine blood work done because a doctor he visited said his Christian faith prevented him from treating Marlow. His previous insurance company refused to pay for a fertility clinic to extract and freeze his eggs—which was one of the insurer’s covered benefits—seemingly because he identified as a man.

“As much as there’s this great transgender tipping point,” Marlow says. “I still can’t get health care.”

Part of his problems stem from the fact that until this year, the Obama administration did not define what discrimination specifically means. That definition was originally left up to the states, and only a handful have applied the protections in the Affordable Care Act to transgender people.

Marlow now lives in Virginia, a state that has not enacted any of these protections. The health care plan he purchased on the Obamacare exchanges routinely denies him coverage for hormone therapy, even though the insurer covers the same hormone treatments for other, nontransgender patients. More recently, Marlow’s insurer refused to cover his annual pelvic exam and pap smear. In a September letter that Marlow shared with Mother Jones, his insurer suggested he contact his state legislator if he was unhappy with Virginia law.

“I’ve spent probably 10 years of my life fighting these exclusions,” he says. “On paper, I’m protected. But in practice, I’m getting blown off and shut down at every turn.”

Most civil rights advocates point out that these actions by insurance companies are already illegal under the Affordable Care Act, and when such cases go to court, they are usually settled in favor of transgender litigants. But legal action is time-consuming, costly, and undertaken when there are no other options. “After they announced the rule, I went to our Facebook page,” Keisling says. “And person after person was saying, well that’s great, but I doubt it will help me.”

Marlow is also skeptical that the proposed rules will reduce health care discrimination, given that many rules were already in place and not enforced. “I’m so jaded and so tired that it’s hard to believe this is going to make any difference,” Marlow continues. “There’s a little progress. But it’s painfully, gruelingly slow.”