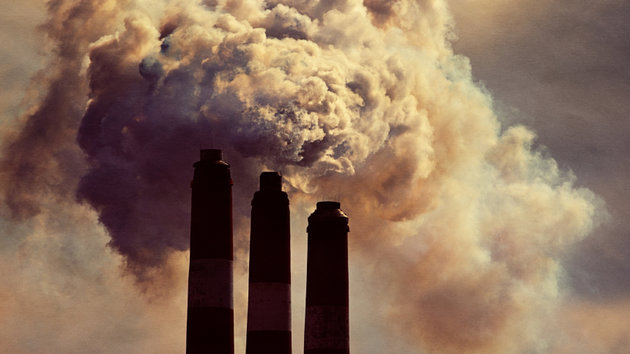 A growing body of evidence suggests pollution can do a number on the brain. The July/August Mother Jones cover story chronicled the research connecting neurodegenerative diseases like Alzheimer’s and Parkinson’s to the dirty air we breathe; studies have found that pollution may also age the brain prematurely. And according to new research from the University of Texas-El Paso, pollution’s damage to the brain may start even sooner than was previously thought: Fourth and fifth graders exposed to exhaust emissions, researchers found, don’t do as well in school as their peers who breathe cleaner air.

The new findings suggest poor students might be at a greater disadvantage because of pollution levels near their homes.

Using the Environmental Protection Agency’s National Air Toxics Assessment, researchers estimated how often children were exposed to air pollution in their homes. They then compared that data with the academic performance of close to 1,900 kids enrolled in the El Paso Independent School District (EPISD)—an area prone to high levels of pollution.

Adjusting for other factors that can influence school performance, like socioeconomic status and parents’ education levels, the researchers found that students exposed to more emissions had lower grade-point averages. Areas included in the study were ranked by the amount of air pollution, and students living in areas with the highest levels (in the top 75 percent) had GPAs that were 0.031 points below those who lived where the air was cleaner.

The researchers also found that pollution from “non-road mobile sources”—such as airports, construction vehicles, and trains—had the greatest impact on GPA, even though factories and vehicle emissions often receive the most attention from policymakers.

The American Lung Association reports that some 139 million people—close to half of the nation’s population—live in areas with air that the group deems “too dangerous to breathe,” and the UTEP researchers highlighted that low-income families are more likely to live in the most polluted areas. Poverty alone has been connected to adverse affects on childhood brain development, but the new findings suggest poor students might be at an even greater disadvantage because of pollution levels near their homes.

Grineski and her coauthor believe their findings indicate an even greater urgency to implement policies that will curb emissions. “The finding that there is a significant association between residential exposure to air toxins and GPA at the individual level is both novel and disturbing,” they write. “These findings provide another piece of evidence that should inform advocacy for pollution reduction in the USA and beyond.”