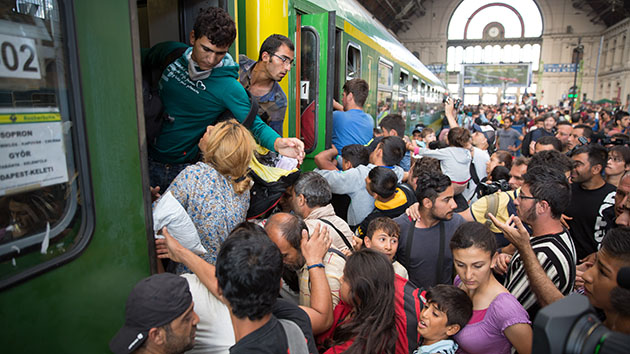 Chaotic scenes of migrants on September 3 at the Budapest Keleti railway station after the abolition of police controls Kietzmann,BjÃ¶Rn/ZUMA

As the migration crisis in Europe continues to unfold, images of dead children, crowded train platforms, and people trying not to be sent to migrant camps have triggered worldwide concern. The individuals jammed in Hungarian train stations or washing up on the shores of Greece all have very specific stories, but they’re also a part of a long history of displacement. As long as there has been starvation and war, there has been migration to countries of peace and economic opportunity.

What is new, however, is the ability to look for information about a potential destination before going there. And all over the world, people are clicking on Google searches to learn more about lands of opportunity, especially the prosperous G-8 countries—France, Germany, Italy, the United Kingdom, Japan, the United States, Canada, and Russia.

In the map below, the Google News Lab has come up with a way to chart comparative levels of curiosity about the G-8 countries from others all over the world. For instance: 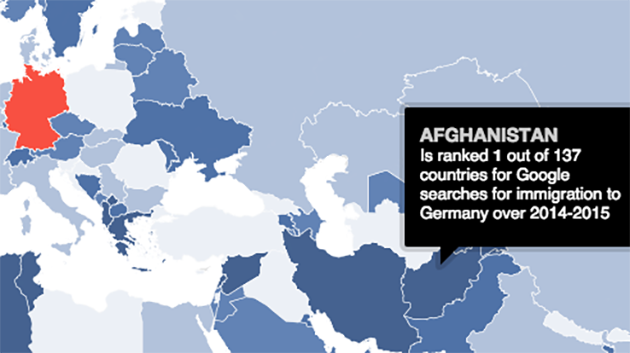 And here is the interest of Syrians in France: 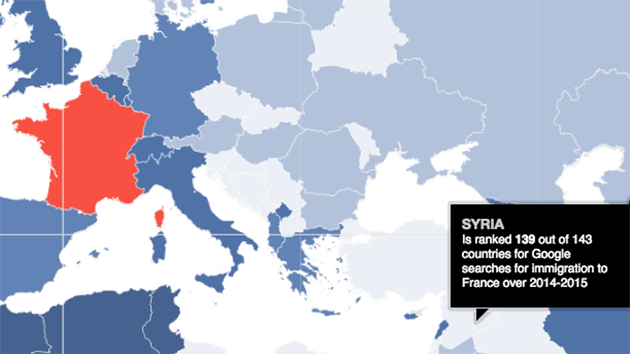 Check out Google’s full map below: