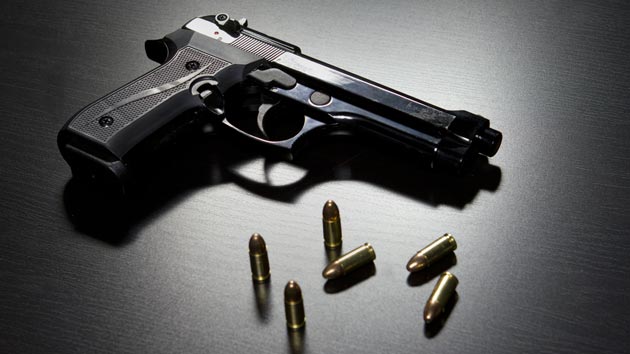 On Monday, yet another deadly shooting—this time at Mississippi’s Delta State University—made national news. At least one person was killed, and as of Monday night, the suspect had not been apprehended.

This chart, pulled from an unrelated Center for American Progress report published on Monday, provides timely context on the prevalence of gun deaths in the United States. The chart tallies gun accidents, suicides, and murders, and shows that the number of gun deaths in the United States since 1989 exceeds the number of American combat fatalities in 239 years of US history—from the Revolutionary War to the conflicts in Iraq and Afghanistan. (Note: The military total pictured in the chart below represents only the number of American military killed in battle. The absolute total of US military killed in wartime since 1776 is higher, at more than 1.1 million, according to estimates from the Department of Veterans Affairs.)

Here’s how the numbers shake out: 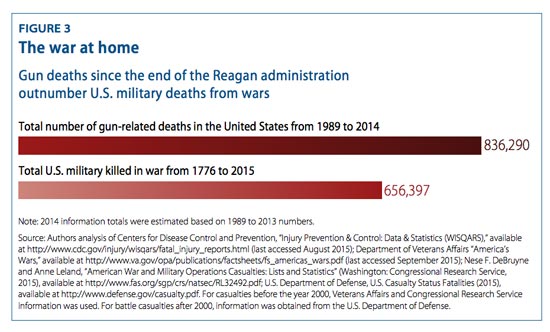 The report does not just focus on gun violence, but looks at the positions of the current group of Republican presidential hopefuls on a number of conservative mainstay issues, such as immigration, climate science, and taxes. Titled “Right of Reagan,” the report uses former President Ronald Reagan, considered by many to be a model of conservatism, as a benchmark for measuring the extremism of many of the candidates. It notes that while Reagan opposed the National Rifle Association on several issues, including background checks and an assault weapons ban, many of the top GOP contenders have been highly rated by the NRA for their unwavering opposition to gun control.

Most GOP candidates oppose closing loopholes in the background check system—loopholes that “enable criminals to evade the system and purchase guns online, at gun shows, in parking lots, and just about anywhere else,” write the report’s authors. Billionaire real estate mogul Donald Trump, the current GOP front-runner, said this summer that he opposes expanding background checks, though in his 2000 book he wrote that he supported an assault weapons ban and longer waiting periods for gun purchases. Siding with the NRA is a common strategy among the candidates, the report notes: The powerful gun lobby group is one “that many Republicans dare not cross.”