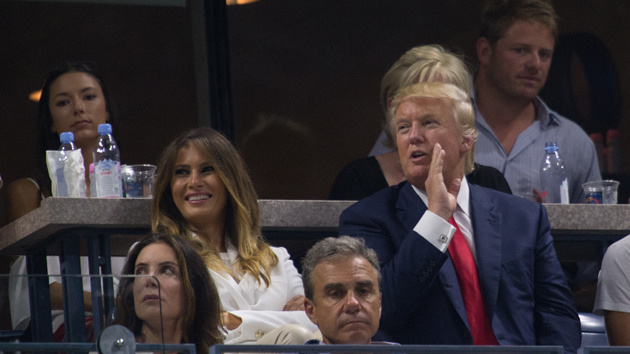 Media outlets can’t get enough of Donald Trump—and he knows it.

This morning, the leading GOP candidate tweeted a letter he sent to CNN president Jeff Zucker, claiming that CNN’s ad rates had increased by 4,000 percent due to his influence. Zucker, Trump urged, should consider the broadcast of the second GOP presidential debate on September 16, which CNN will host, a “public service” and donate the profits to veterans groups.

“I believe that all profits from this broadcast should go to various VETERANS groups, a list of which I will send to you in the near future,” Trump wrote. “The veterans of our country, our finest people, have been treated horribly by our government and its ‘all talk and no action’ politicians. In fact, some would say they are treated like third class citizens—even worse, in many cases than illegal immigrants.”

Trump’s avid support of veterans is a far cry from his suggestion earlier this summer that Sen. John McCain (R-Ariz.), was not a war hero because he was captured in combat. Trump is now doubling down on his pro-veteran stance after likening his experience at New York Military Academy to formal military training. He foreshadowed the letter to Zucker in Time magazine’s cover story on him last month.

A CNN spokesperson did not immediately respond to a request for comment. Trump’s full letter is below. (Click to enlarge.)