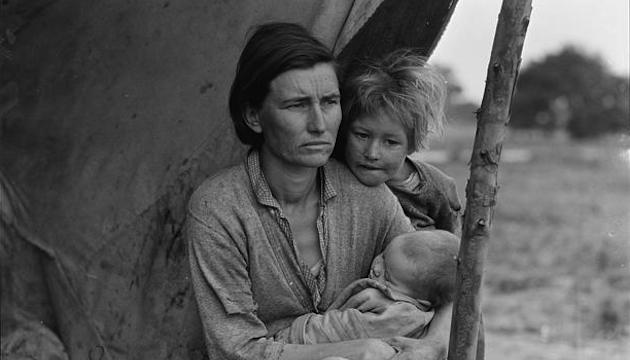 Are you white? Or married? Or do you have a college degree? If you answered yes to any of these questions, there’s a good chance that you got poorer last year.

The US Census Bureau released its annual report on income and poverty today, and it’s the latest reminder that the economic recovery hasn’t really brought about any recovering for large segments of the population. The report looks at changes in income, poverty, and health insurance coverage in the United States between 2013 and 2014. The main takeaway is that income is still stagnant. The median income in 2014 was $53,657—essentially unchanged for the third consecutive year, but 6.5 percent lower than in 2007, before the recession, and 7.2 percent lower than in 1999. The overall poverty rate hasn’t changed, although it has risen for some demographic groups. The one bright point is that, thanks to Obamacare, the uninsured rate is at a record low.

A deeper dive into the data reveals trends that could have ramifications for the presidential election. Among them:

White people are getting poorer: While the overall median income remained unchanged between 2013 and 2014, some demographic subgroups fared worse than others. Median income for white households fell by 1.7 percent. Of course, the median income for white households—about $60,000—is still way higher than it is for any group except Asians, whose household median is more than $74,000. The median Hispanic household earns about $42,500, while African Americans register at $35,400. And while white people are among the country’s most affluent, the percentage of them at the bottom of the income ladder has grown over the past 40 years. In 1974, about 7.5 percent of non-Hispanic whites were living in poverty. In 2014, more than 10 percent were. That backsliding by white Americans could help explain some of their frustration that has boosted candidates like Donald Trump, whose anti-immigrant rhetoric may also tap into a sense that white citizens are falling behind recent immigrants. Foreign-born households saw their median income jump 4.3 percent, from about $47,500 to $49,600. Meanwhile, native-born households’ median income fell 2.3 percent, from nearly $56,000 to $54,700.

Educated and married people are getting poorer: The percentage of people living below the poverty line (about $20,000 a year for a family of three) has remained stubbornly unchanged at 14.8 percent—2.3 percent higher than it was in 2007. But there have been some subtle changes. The poverty rate increased for people who were generally less affected by the recession: individuals over 25 with a bachelor’s degree and families of married couples. The poverty rate for college-educated Americans jumped from 4.4 to 5.0 percent. Married households, despite having the highest median income of any group, at more than $80,000 a year, saw their poverty rate increase from 5.7 to 6.2 percent.

The gender gap persists: More women are working full time and year round, but they’re still getting paid significantly less than men in the same boat ($50,383 for men, compared with $39,621 for women), even though full-time working men’s income has fallen 2.2 percent since 2007.

The Medicaid expansion worked (where it was allowed to): The new census data show definitively that the Affordable Care Act has been a smashing success in reducing the number of uninsured Americans. That number has dropped by more than 8 million people, a 2.9 percent decline in a single year. The report also shows that the number would be much lower if Republican-dominated states would just take the expansion of Medicaid offered in the law. States that expanded Medicaid had an uninsured rate of 9.8 percent, compared with 13.5 percent in states that chose not to expand coverage. Topping that list of non-expanders is Texas, which still has 19 percent of its population uninsured.