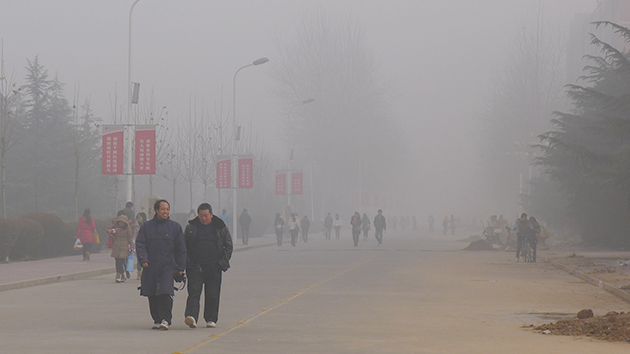 Today Chinese President Xi Jinping and US President Barack Obama are planning to jointly announce long-awaited details of China’s plan to slash its greenhouse gas emissions by putting a price on carbon dioxide pollution. The plan, which will commence in 2017, will make China the world’s biggest market for carbon cap-and-trade, a system that sets a cap on the amount of CO2 that major polluters like power plants and factories can emit, then allows those entities to sell off excess credits (if they pollute less than the limit) or buy extra ones (if they pollute more than the limit).

The idea of a system like this is that it uses the market—rather than simply a government mandate—to force cuts in the emissions that cause climate change. Want to pollute? Fine, but it’s going to cost you. If you clean up, you can make cash selling credits to your dirtier neighbors. A similar type of policy, a carbon tax, imposes a different kind of financial incentive in the form of a fee paid to the government for every unit of CO2 emissions. Ultimately, the rationale behind both systems is the same: Because corporate polluters now have to pay a financial price price for their emissions, air pollution and fossil fuel consumption both go down, clean energy goes up, and the climate is saved.

Many environmental economists agree that some kind of carbon price—either cap-and-trade or a tax—is the most efficient and effective way to quickly curb fossil fuel consumption, and thus give us a chance at staving off global warming. Democrats in Congress attempted to enact a national cap-and-trade program in the US in 2009; it passed the House but was killed by the Senate Republicans. Since then, a national carbon pricing system has been a non-starter in Washington. But there are plenty of other examples of successful systems elsewhere that should make us optimistic about China’s new plan.

The Northeast United States: The Regional Greenhouse Gas Initiative (RGGI) is a cap-and-trade market that includes nine states in the Northeast, set up in 2008. The program is widely considered a success and is expected to reduce the region’s power-sector emissions by 45 percent compared to 2005 levels by 2020. This year, the price of credits has been riding high, a sign that the market is working to create a powerful incentive to reduce emissions. The most recent auction of credits, in September, generated in $152.7 million for the states—revenue that is re-invested in clean energy programs and electric bill assistance for low-income households.

California: When Gov. Arnold Schwarzenegger pushed through legislation in 2006 to set aggressive climate targets for the state, the key mechanism was a cap-and-trade program, which finally opened in 2013. So far, it seems to be working. Emissions are down, while GDP is up. In fact, the California program was a primary model for the Chinese system.

British Columbia: This Canadian province’s carbon tax, first enacted in 2008, is one of the most successful carbon pricing plans anywhere. Gasoline consumption is way down, and the government has raised billions that it has returned to citizens in the form of tax cuts for low-income households and small businesses. The program “made climate action real to people,” one Canadian environmentalist told my former colleague Chris Mooney.

Australia: For a country that is notoriously reliant on coal, Australia had been on the progressive side of climate politics after it passed a national carbon tax in 2012. The tax was scrapped just two years later, after then-Prime Minister Tony Abbott blamed it for a sluggish economic recovery and high energy prices. But the repeal actually yielded an unexpected insight into the success of the program: In the first quarter without the tax, emissions jumped for the first time since prior to the global financial crisis. In other words, the tax had worked effectively to drive down emissions.

Europe: Of course, carbon pricing systems aren’t without their flaws, and the European Trading Scheme has provided a good example of the risks. The system has often been plagued by a too-high cap, meaning the market becomes flooded with credits, the price drops, and polluters have little incentive to change. This month, regulators passed a package of reforms meant to restrict the number of credits and bolster the market. But even with the low price, the ETS has been effective enough to keep the EU on track to meet its stated climate goals.

But at the very least, Republicans in the US just lost one their favorite excuses for climate inaction: That China, the world’s biggest emitter, is doing nothing.