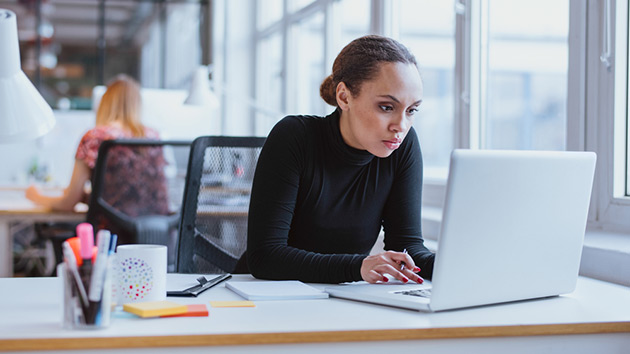 In January, Intel raised the bar in Silicon Valley by setting concrete targets for hiring women and minorities. While other major tech firms had cut big checks to groups that promote workplace diversity, Intel was the only one to commit to measurable change, pledging to make its workforce reflect the diversity of the tech talent pool by 2020. Some saw the goal as overly optimistic, but Intel’s midyear diversity report, released today, shows that it is largely on track to meet its goals.

Overall, more than 43 percent of the company’s new hires since January have been women or racial minorities such as African-Americans and Hispanics: 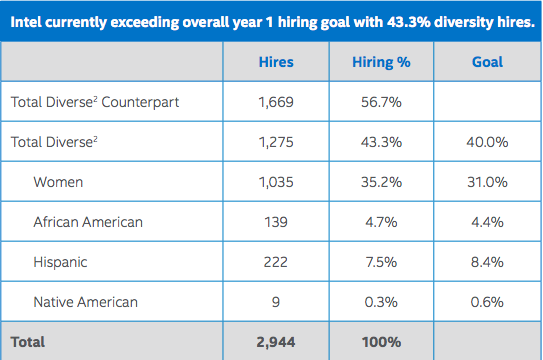 These numbers may not seem particularly high—African-Americans, after all, make up 13 percent of the American workforce but just 3.5 percent of Intel’s. But they do compare favorably with the talent pipeline for technical jobs. (Just 4.5 percent of computer science degrees last year went to African-Americans). And the overall demographics in the tech sector are pretty skewed to white dudes: 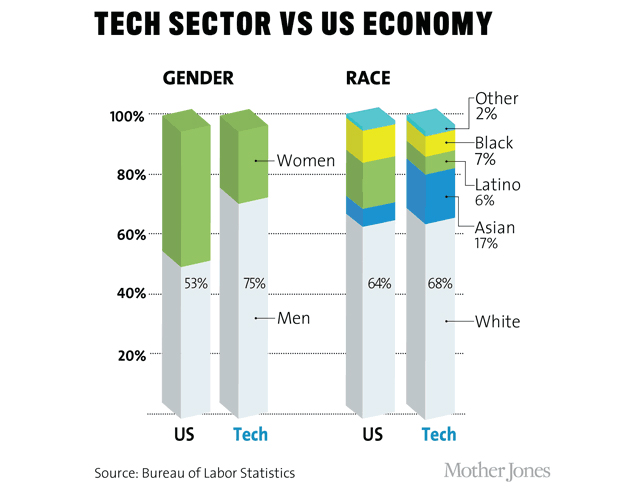 Compared to those industry-wide numbers, Intel is still falling behind in hiring African-Americans. Yet a comparison of workplace demographics in December and July shows that it’s making progress on several fronts:

Though these shifts aren’t huge in percentage terms, they are notable for a company with tens of thousands of employees. The biggest jumps in minority representation have come within the company’s leadership ranks—which still remain heavily white and male: 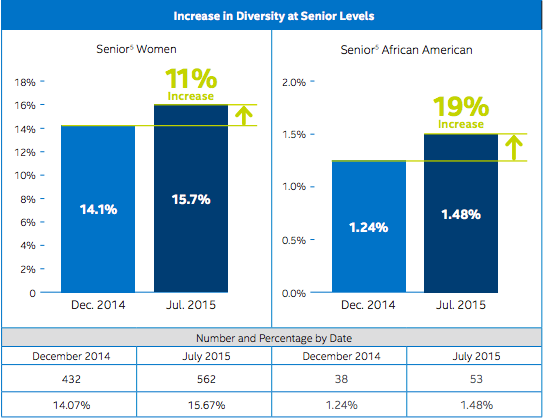 Rev. Jesse Jackson, whose Rainbow PUSH Coalition has played a major behind-the-scenes role in Intel’s efforts to diversify, issued a press release praising the company. “Rainbow PUSH argues that companies must set measurable diversity and inclusion goals, targets, and timetables,” he said. “Due to CEO Brian Krzanich’s steady and visionary leadership, Intel is doing that and more.”