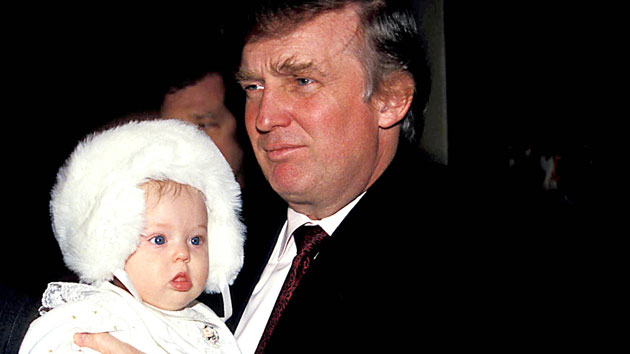 In a radio interview yesterday with conservative host Hugh Hewitt, Donald Trump took the unusual step of agreeing with other Republican presidential candidates. He said that it would be better for the federal government to shut down than to continue funding Planned Parenthood.

“The only way to get rid of Planned Parenthood money for selling off baby parts is to shut the government down in September. Would you support that?” Hewitt asked. Trump replied, “Well I can tell you this. I would.” In the late ’90s, Trump said he supported keeping late-term abortions legal, but since first considering a run for the GOP nomination in 2011, he has been pro-life.

Trump joins a long list of conservatives who have expressed outrage over undercover videos released by a network of anti-abortion activists last month. Jeb Bush also offered his two cents. “The next president should defund Planned Parenthood,” he said in an interview. Louisiana Gov. Bobby Jindal severed the state’s Medicaid contract with Planned Parenthood yesterday. Meanwhile, the Senate debated a bill that aimed to strip all federal funding of Planned Parenthood. The bill ultimately failed after the threat of a Democratic filibuster led by Massachusetts Sen. Elizabeth Warren and Missouri Sen. Claire McCaskill.

Republican senators and 2016 hopefuls Ted Cruz and Rand Paul have promised to do everything in their power to deny funding to Planned Parenthood, even if it comes down to a government shutdown. Arizona Sen. John McCain, who chastised his colleagues for the 2013 shutdown, told NPR that he believes a shutdown would be justified in this case. “If [Democrats] want to stand before the American people and say they support this practice of dismembering unborn children, then that’s their privilege,” McCain said.

It’s possible that when Congress returns from its five-week August recess, Senate Majority Leader Mitch McConnell and House Speaker John Boehner will attach a new bill to defund Planned Parenthood to a must-pass budget bill, employing the same tactics that were used in the 2013 shutdown.

Now that Trump has signed on to a potential shutdown, he thinks it could succeed. He acknowledged to Hewitt that the government shutdown over the Affordable Care Act in 2013 was a political disaster for the Republicans—but that was their own fault. “If they had stuck together, they would have won that battle,” he asserted. “I think you have to in this case, also.”