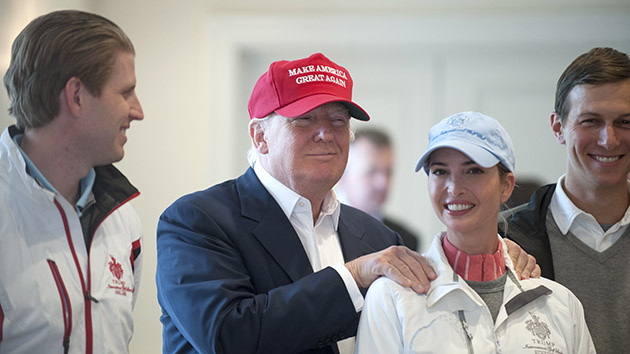 Every child understands being embarrassed by dad. This is likely an even more routine experience if you’re the daughter of Donald Trump, who was once able to laugh off dad’s confession that he’d probably date his own daughter if she wasn’t in fact his daughter. That’s something.

But calling Mexican immigrants crime-peddling “rapists” is apparently where Ivanka Trump draws the line. According to a new report by New York‘s Gabriel Sherman, she was outraged over her father’s inflammatory rhetoric back in June and urged him to issue an apology—clearly to no avail:

“She’s close to her father and is sensible enough to know a problematic situation,” a friend of Ivanka’s told me. Her feeling, the friend added, was that her father was hurting himself with his extreme anti-immigrant rhetoric. At one point, according to two sources with knowledge of the matter, Ivanka submitted several drafts of a statement for Donald to release to walk back the quotes, but he refused to have them published. “Donald didn’t like it,” a person close to him said. A spokesperson for Ivanka declined to comment.

The report, which details the civil war inside Trump’s inner circle, comes a day after not one, but four Trump aides leaked information about a private phone call between Bill Clinton and the GOP front-runner himself.

As you settle down to watch the first Republican debate tonight, spare a thought for Ivanka: she’s demonstrating a level of patience we should all try to have for our embarrassing ol’ man.