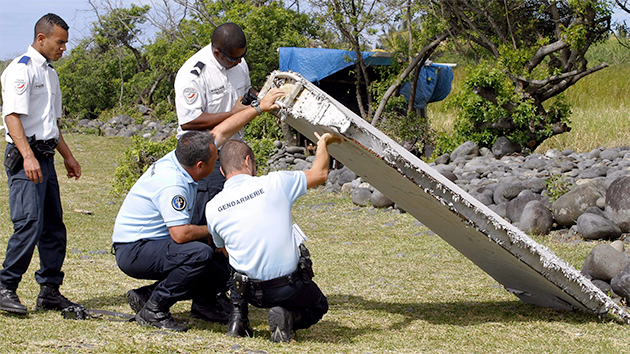 Plane debris found on the Indian Ocean island of Reunion has now been identified as being from MH370, the missing airliner.Maxppp/ZUMA

The biggest aviation mystery of our time is one step closer to being solved today, after the Malaysian Prime Minister confirmed that washed-up debris discovered on the remote French island Réunion last week is from Malaysia Airlines flight 370.

The barnacle-encrusted wing-part, called a “flaperon”, was being studied by French authorities for connections to the Boeing 777, which was carrying 239 people when it veered dramatically off-course and vanished on March 8, 2014, sparking an international hunt for the plane, thought to be at the bottom of the Indian Ocean off Australia.

The Guardian quotes Malaysia’s Prime Minister Najib Razak as saying: “Today, 513 days since the plane disappeared, it is with a very heavy heart that I must tell you that an international team of experts has conclusively confirmed that the aircraft debris found on Réunion is indeed from MH370. We now have physical evidence that on 31 March last year, flight MH370 tragically ended in the south Indian ocean.”

Great mysteries remain, however, most notably how the wing part ended up drifting so many thousands of miles from the search area off Australia’s Western coastline.