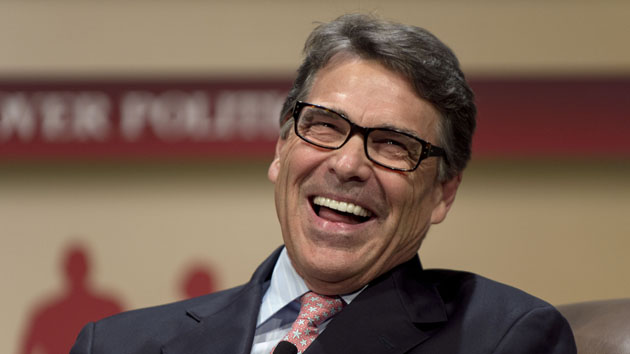 The number of criminal charges against Rick Perry has been cut in half, thanks to a Texas court. On Friday, reports the Houston Chronicle, the 3rd Court of Appeals tossed out the charge that the former Texas governor and GOP hopeful had coerced a public official. In effect, the court said Perry was free to trash-talk Texas officials as much as he pleased, even if it meant encouraging one of those officials—the Travis County District Attorney—to leave office.

Perry’s legal troubles date back to a line-item veto he signed in 2013, erasing $7.5 million that had been designated for the Public Integrity Unit in the Travis County District Attorney’s office—a small group tasked with investigating corruption in the state’s political class. At the time, Perry claimed the Integrity Unit could no longer be trusted to fulfill those duties after the district attorney had remained in office following her arrest for drunk driving. (She had also been caught on camera trying to exploit her office to get out of the arrest.) Perry has been accused of overstepping his authority as governor by explicitly tying that veto to his desire to see the district attorney—a locally elected official—removed from office.

His use of the line-item veto is still under review. While the court sided with Perry on one count, it wasn’t ready to dismiss the entire case. Perry still faces one felony indictment for abusing his powers as governor by zeroing out the budget for the state’s corruption watchdog.

Read more about the history of the charges against Perry here.