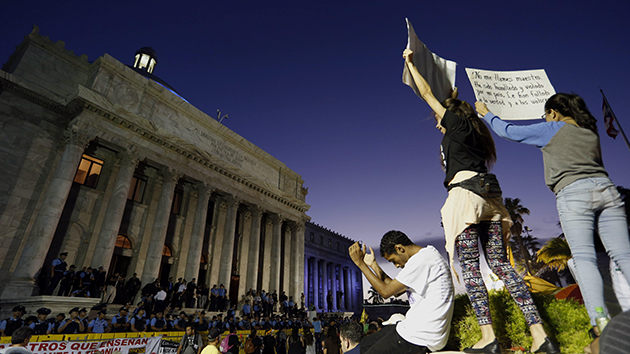 Three weeks after Puerto Rico’s governor announced that the island’s debts were “unpayable,” the US Senate stepped in with a measure that could finally ease the worsening fiscal crisis. But the bill’s odds of becoming law remain slim, leaving Puerto Rico’s debt woes as far from resolution as ever.

The island’s government, facing a $72 billion public debt, has said it needs the flexibility to allow its cities and publicly financed utilities—such as the electricity company and the highway authority—to reorganize their debts under US bankruptcy laws. US cities have that right under federal law, but territories like Puerto Rico don’t. Restructuring the debt would mean adjusting repayment terms on its various loans by lowering payments, for example, or stretching out repayment periods. Without the ability to do so, island officials say, Puerto Rico could default on some of its debts. If that happened, pension and retirement funds that are invested in Puerto Rican bonds could take heavy losses. Public workers in Puerto Rico would also suffer, because the island would have less money to meet its ongoing expenses.

Last week, Sens. Richard Blumenthal (D-Conn.) and Chuck Schumer (D-N.Y.) introduced a bill that would grant Puerto Rico the ability to reorganize its debt in the same way US cities do. “This measure is vital to prevent a humanitarian and financial catastrophe—a clearly avoidable disaster,” Blumenthal said in a statement introducing the legislation. “Creditors, investors, ordinary citizens, all will be harmed if the Congress fails to act. This measure is not a bailout—involving not a dime of federal funds. It enables an orderly, rational restructuring of debt, instead of a financial free for all and potential free fall.”

As Mother Jones has reported, Puerto Rico’s debt calamity is complicated by its murky status as, essentially, a colony of the United States. Unlike every other state, Puerto Rico’s central government cannot authorize its cities to reorganize debt—federal courts have held that only Congress can authorize debt reorganization on the island. But Congress hasn’t intervened. Because Puerto Rico’s constitution requires that debt payments be prioritized over other costs, the government is paralyzed and the crisis is mounting. Without congressional action, Puerto Rico would have to try to renegotiate with creditors individually and directly or default on debts that US taxpayers—including Puerto Ricans—would ultimately have to pay.

Pedro Pierluisi, Puerto Rico’s non-voting representative in Congress, introduced an identical bill in the House in February. That bill got a hearing in a House subcommittee shortly thereafter, but the measure stalled.

In a statement, Pierluisi said that Blumenthal’s bill will offer Puerto Rico short-term relief but will not not fix the deep poverty, high unemployment, and unequal economic treatment under federal law that cripple the island. “This bill is not intended to, and will not, resolve all of Puerto Rico’s economic and fiscal problems,” he said. “It must be complemented by other reforms at both the federal and local level. However, if it enacts this legislation into law, Congress will be empowering a U.S. jurisdiction to help itself, at no cost to federal taxpayers.”

Despite vocal support from congressional Democrats, it’s unclear whether either the House or the Senate bill has the backing needed to move forward. The Senate Judiciary Committee didn’t respond to questions about the bill. Reps. Tom Marino (R-Pa.) and Bob Goodlatte (R-Va.), the Republican committee chairs who control the bill’s fate in the House, said in a July 8 statement that they will “continue to monitor the developments in Puerto Rico and are actively assessing the merits of any potential congressional response.” A House Judiciary aide who was not authorized to speak on the record told Mother Jones that there’s no imminent action scheduled on the House bill in light of the new Senate counterpart. Unless the measures gain newfound momentum, Puerto Rico’s debt mess seems unlikely to be cleaned up soon.