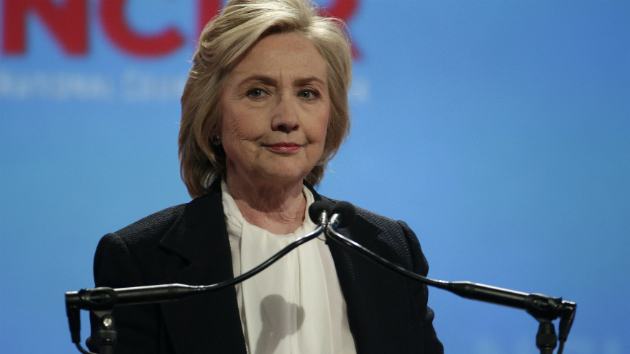 Hillary Clinton hauled in $47.5 million in the first three months of her campaign, besting both Republican Jeb Bush, who raised $11.4 million, and her surprising Democratic challenger, Bernie Sanders, who racked up $15.2 million. According to her campaign, she had more than 250,000 donors, of whom 61 percent were female, an unprecedented number of female donors. But what Clinton did not highlight was that she had relied on wealthy donors and lobbyists to pull together most of her money.

Clinton reported raising $8 million—or 16.8 percent of her total—from small donors who gave $200 or less. Many politicians raise far less from small donors. Jeb Bush, for example, raised just 3 percent of his campaign cash from small donors. But Sanders blew Clinton out of the water when it came to grassroots fundraising, taking in $10.4 million (or 68 percent) of his warchest from $200-or-less donors.

The bulk of Clinton’s campaign funds came from an elite, wealthy class of donors—those who can afford to give the maximum donation. In 2014, roughly 0.04 percent of Americans made the maximum donation for a primary campaign of $2,600 (adjusted to $2,700 in this election cycle). Bush’s campaign raised more than 80 percent of its cash from this upper-crust of donors, and Clinton raised 64 percent. Clinton may well have had 250,000 donors—but just 11,400 of them accounted for almost two-thirds of her total fundraising.

Clinton also got a big boost from her bundlers—supporters who tap their personal and professional networks to amass donations for the campaign. Candidates are only required to list the names of registered lobbyists who have bundled for them, and Clinton did go above and beyond that by releasing on her website the names of 122 people who had raised $100,000 or more for her campaign. With much less fanfare, she also disclosed to the Federal Election Commission the names of 40 registered lobbyists who bundled just over $2 million for her campaign.

The top lobbyist bundling for Clinton was Jackson Dunn, who represents Mastercard, Dow Chemical, Pepsico, and Noble Energy, a Houston-based oil and gas company. Dunn bundled more than $231,000 for the campaign. He wasn’t the only lobbyist with ties to the oil and gas sector who went to work fundraising for Clinton. Lobbyist Ankit Desai, who works for natural gas company Cheniere, raised $82,000. Theresa Fariello, of ExxonMobil, raised $21,200 for the campaign.