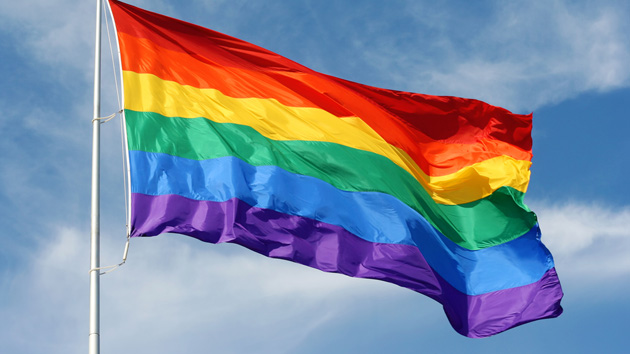 Members of Congress introduced on Thursday a historically comprehensive bill that would create federal standards to protect LGBT people from discrimination in housing, workplaces, schools, public accommodations, and financial transactions.

Same-sex marriage is now the law of the land, but most states still lack laws explicitly prohibiting discrimination against LGBT people in other areas. “This means that while same-sex couples can today legally marry, tomorrow they could lose their jobs, be kicked out of a restaurant, or be turned down for a mortgage, just because of their sexual orientation or gender identity,” Sen. Jeff Merkley (D-Ore.), a cosponsor of the bill, said in Washington before its introduction in the House and Senate.

The Equality Act, as it’s known, would expand the Civil Rights Act of 1964—which outlaws discrimination on the basis of race, color, religion, sex, and national origin—to also include protections for LGBT people. Rep. David Cicilline (D-R.I.), who became the fourth openly gay member of Congress five years ago, cited staggering statistics to support the bill. He said 63 percent of LGBT Americans have reported experiencing discrimination at some point in their lives, and that 56 percent of lesbian, gay, and bisexual people have experienced discrimination when trying to get health care. “The current system, this patchwork of protections and lack of protections for the LGBT community in our states, is not working,” he said Thursday.

But the Equality Act will likely face opposition from Republican lawmakers. In 2013, the Employment Non-Discrimination Act, which would have prohibited discrimination in the workplace on the basis of sexual orientation and gender identity, passed in the Senate but died in the GOP-controlled House. 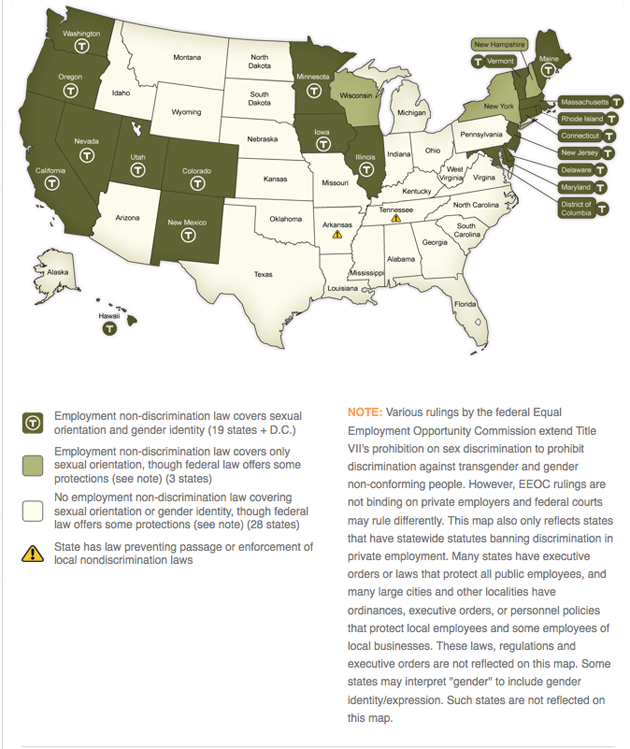 Employment discrimination and sexual orientation/gender identity Movement Advancement Project
Public accommodations laws generally cover anywhere someone is when they are not at home, work, or school, including retail stores, restaurants, parks, hotels, doctors’ offices, and banks. – See more at: http://www.lgbtmap.org/equality-maps/non_discrimination_laws#sthash.yu3LZkag.dpuf 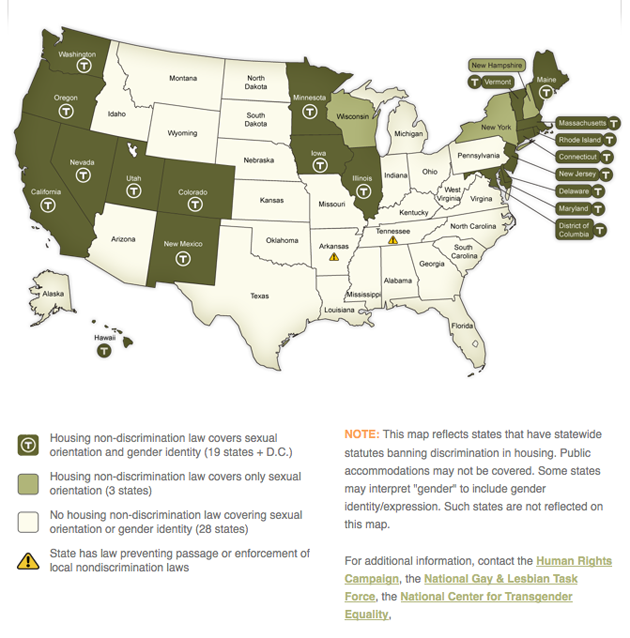 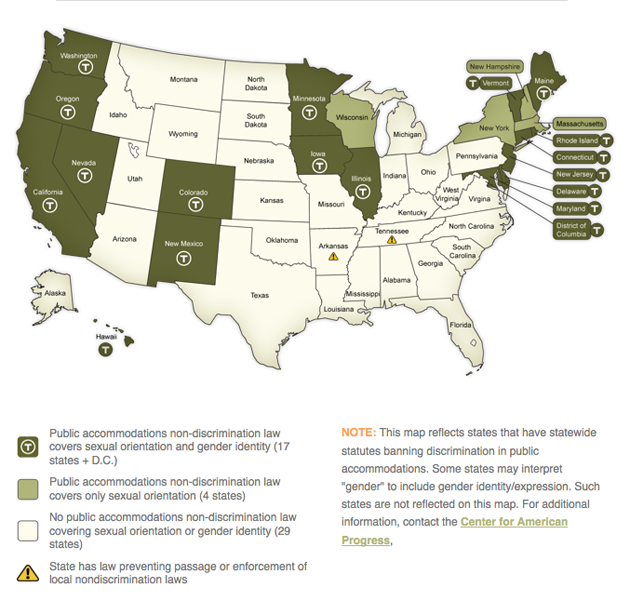 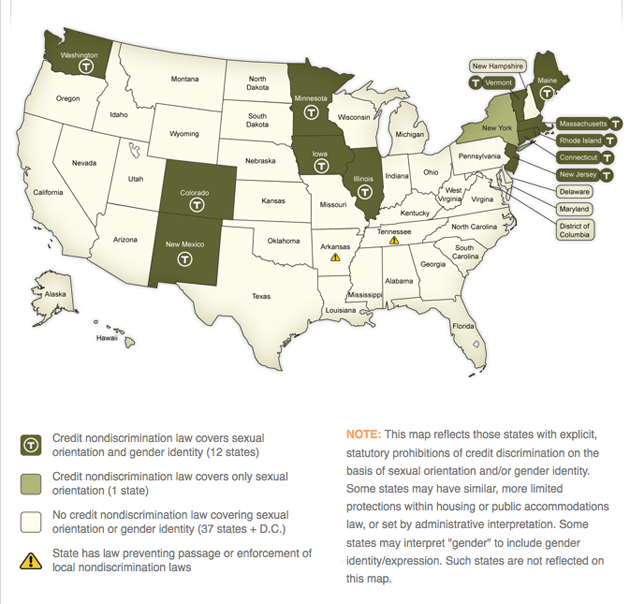