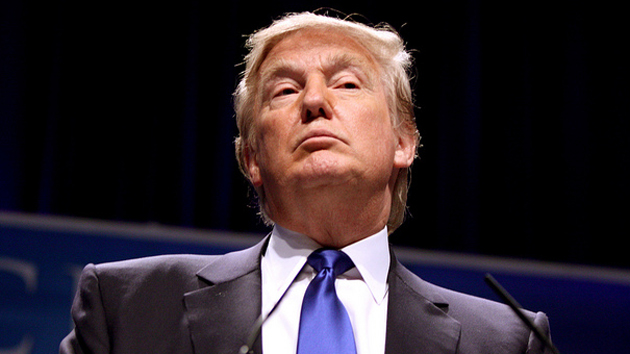 Donald Trump sure doesn’t take well to criticism. Each time a politician or commentator takes issue with a Trump-ism—and there seems to be no slight too petty for the billionaire to respond to—Trump blasts back with a tweet that ratchets up the rhetoric. This weekend, when he found himself in hot water for disparaging John McCain’s war record, rather than back off his remarks, he doubled down on his critique of the Arizona senator on Twitter.

It’s something the tycoon has done more than a few times since declaring his run for the GOP presidential nomination last month. Below is a compilation of the digs that have gotten under Trump’s skin, and the tweetstorms he’s unleashed in response.

6/16/15: Fox News’ Juan Williams says Trump’s ego is “just on fire” (among other comments that may have irritated Trump).

.@TheJuanWilliams you never speak well of me & yet when I saw you at Fox you ran over like a child and wanted a picture. Please share pic!

6/25/15: Univision cuts ties with Trump after his infamous remarks about Mexican immigrants.

.@Univision cares far more about Mexico than it does about the U.S. Are they controlled by the Mexican government?

Univision apologized to me but I will not accept their apology. I will be suing them for a lot of money. Miss U.S.A. contestants are hurt!

Has anyone seen the financials of @Univision. They are doing really badly. Too much debt and not enough viewers. Need money fast. Funny!

I hear that sleepy eyes @chucktodd will be fired like a dog from ratings starved Meet The Press? I can’t imagine what is taking so long!

7/1/15: Macy’s severs ties with Trump after the Mexican immigrant comments. Trump promptly calls for a boycott of the department store.

I hope the boycott of @Macys continues forever. So many people are cutting up their cards. Macy’s stores suck and they are bad for U.S.A.

I love that thousands of people are boycotting @Macys and cutting up credit cards. No guts no glory. This really backfired – love it!

Why doesn’t somebody study the horrible charges brought against @Macys for racial profiling? Terrible hypocrites!

Rick Perry failed at the border. Now he is critical of me. He needs a new pair of glasses to see the crimes committed by illegal immigrants.

.@GovernorPerry failed on the border. He should be forced to take an IQ test before being allowed to enter the GOP debate.

7/4/15: Jeb Bush joins the ever-expanding list of people to criticize Trump’s comments about Mexican immigrants, calling them “extraordinarily ugly” and “way out of the mainstream of what Republicans think.”

Jeb Bush just announced he raised over $100M. Everyone of those people who contributed are getting something to the detriment of America!

.@FoxNews should not put @KarlRove on—he has no credibility, a bush plant who called all races wrong.

.@FoxNews You shouldn’t have @KarlRove on the air—he’s a clown with zero credibility—a Bushy!

.@SenJohnMcCain should be defeated in the primaries. Graduated last in his class at Annapolis–dummy!

Dopey @Lawrence O’Donnell, whose unwatchable show is dying in the ratings, said that my Apprentice $ numbers were wrong. He is a fool!

7/16/15: The magician Penn Jillette calls Trump a man “without filters” and says he’s wrong about everything, on MSNBC.

The worst show in Las Vegas, in my opinion, is @pennjillette. Hokey garbage. New York show even worse!

I loved firing goofball atheist Penn @pennjillette on The Apprentice. He never had a chance. Wrote letter to me begging for forgiveness.

I hear @pennjillette show on Broadway is terrible. Not surprised, boring guy (Penn). Without The Apprentice, show would have died long ago.

7/19/15: The Wall Street Journal reports on the McCain controversy and runs an opinion piece asking how long politicos on the right will “keep pretending he’s a serious candidate.”

The ever dwindling @WSJ which is worth about 1/10 of what it was purchased for, is always hitting me politically. Who cares!