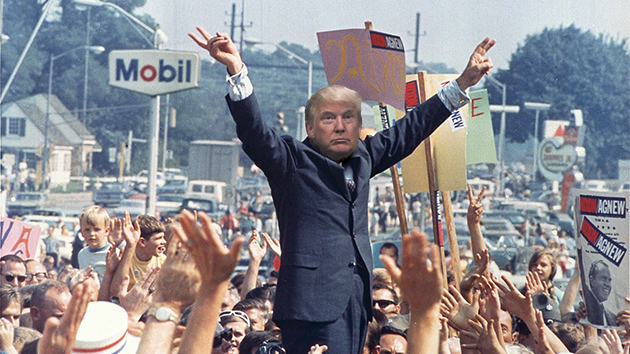 Donald Trump is certainly unlike most Republican presidential candidates of recent years. But as he has come to dominate the GOP’s 2016 contest, there’s been a touch of Richard Nixon in the tirade-friendly tycoon. At least, Nixonian rhetoric. In the past few weeks, Trump has deployed some of Tricky Dick’s most memorable flourishes. Is this a mere coincidence? One of Trump’s top political strategists is Roger Stone, a veteran political operative and unapologetic dirty trickster who is an ardent fan of the scandal-ridden but politically savvy Nixon. (On his website Stone, who has a tattoo of Nixon on his back, calls himself a “legendary American Republican political consultant who has played a key role in the election of Republican presidents from Richard Nixon to Ronald Reagan to George H.W. Bush and George W. Bush.”)

Whether Stone is prompting Trump to channel the only president who resigned, here are some of the signs that Trump is feeling the Nixon spirit. 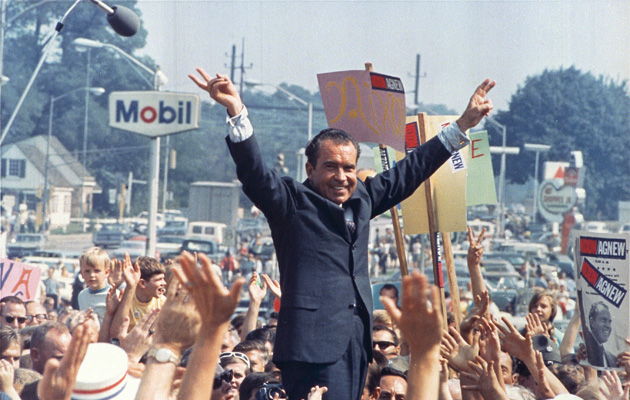 Of course, there are profound differences between the two men. Nixon was an insecure introvert, and Trump is…well, not that. Nixon normalized relations with China, and Trump uses China as a political piñata. And one of Nixon’s favorite restaurants was Trader Vic’s in the Plaza Hotel in New York City, and Trump shut it down after he bought the hotel in 1988. But Trump was an admirer of the Watergate-scarred president. In a 1990 book, Trump observed, ”I’ve seen some real killers in my line of work, but Richard Nixon makes them look like babies. The man is a rock, like him or not.”