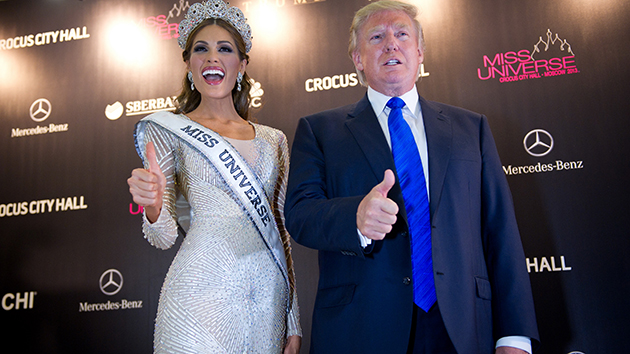 A piñata maker isn’t the only one seeking revenge on Donald Trump.

After the Republican presidential candidate claimed that Mexican immigrants crossing the US border were drug-peddling “rapists” in his campaign announcement last week, Univision says it will no longer broadcast Trump’s Miss Universe pageant next month over the “insulting remarks.”

“At Univision, we see firsthand the work ethic, love for family, strong religious values and the important role Mexican immigrants and Mexican-Americans have had and will continue to have in building the future of our country,” read a statement from the Spanish-language network.

Last Tuesday, Trump entered an increasingly crowded field of Republicans making a bid for the White House. Political pundits and news outlets mostly laughed off his announcement, which included the offensive statements about Mexican immigrants.

Now, the litigious real estate magnate is already threatening to bring forth a “major lawsuit” against Univision.

“I love the people of Mexico, but my loyalty is to the United States,” Trump told the New York Post on Thursday. “Running for president is far more important to me, frankly, than running the Miss Universe pageant.”

On Thursday, Colombian artist J. Balvin also announced he would not be performing at Trump’s Miss USA event due to his comments.

“This isn’t about being punitive, but about showing leadership through social responsibility,” he explained. “His comments weren’t just about Mexicans, but about all Latins in general.”