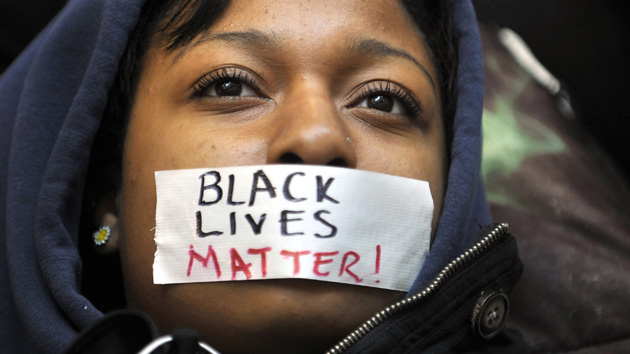 Penn State student Zaniya Joe wears a piece of tape over her mouth that says "Black Lives Matter" at a protest in December. Associated Press

During protests that shook Baltimore in April, Freddie Gray’s name became a rallying cry in calls for criminal justice reform nationwide. But how many of us have heard of Rekia Boyd, the 22-year-old unarmed black woman who was fatally shot by a police detective in Chicago back in 2012? Just five days before demonstrations erupted for Gray in Maryland and then across the country, a judge acquitted the Chicago detective who killed Boyd, despite finding that he had acted in a manner that was “beyond reckless”. 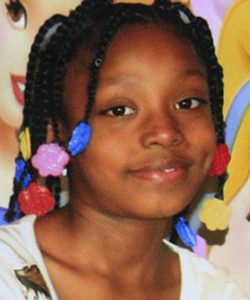 Read “What Killed Aiyana Stanley-Jones?“—Charlie LeDuff’s examination of what one tragedy can teach us about the unraveling of America’s middle class.

Last month, activists in about 17 cities rallied to highlight Boyd’s name—and the names of other black women who have lost their lives to police violence, such as Yvette Smith, Shereese Francis, and Tanisha Anderson. In New York, activists carried a coffin through the streets; in San Francisco, some protesters bared their breasts, borrowing from traditions of resistance in Liberia and other African nations. Others took to Twitter with the hashtag #SayHerName, in conjunction with the African American Policy Forum’s launch of a report by the same title, which called on policymakers and the media to include women’s experiences in conversations about police brutality.

“Black women and women of color can no longer be expected to lead movements challenging police brutality but be silent about our own experiences,” wrote co-author Andrea Ritchie in an introduction to the report. Ritchie, a police misconduct attorney in New York, has fought against inappropriate policing of black women and LGBT citizens for two decades. She co-wrote a book on the subject, Queer (In)Justice, and has testified before the UN Committee Against Torture and the UN Committee on the Elimination of Racial Discrimination.

Two weeks after the report dropped, I caught up with Ritchie, who’s now a fellow at the Open Society Foundations, to talk about why some disturbing videos of excessive force never went mainstream and how her years of activism are paying off. 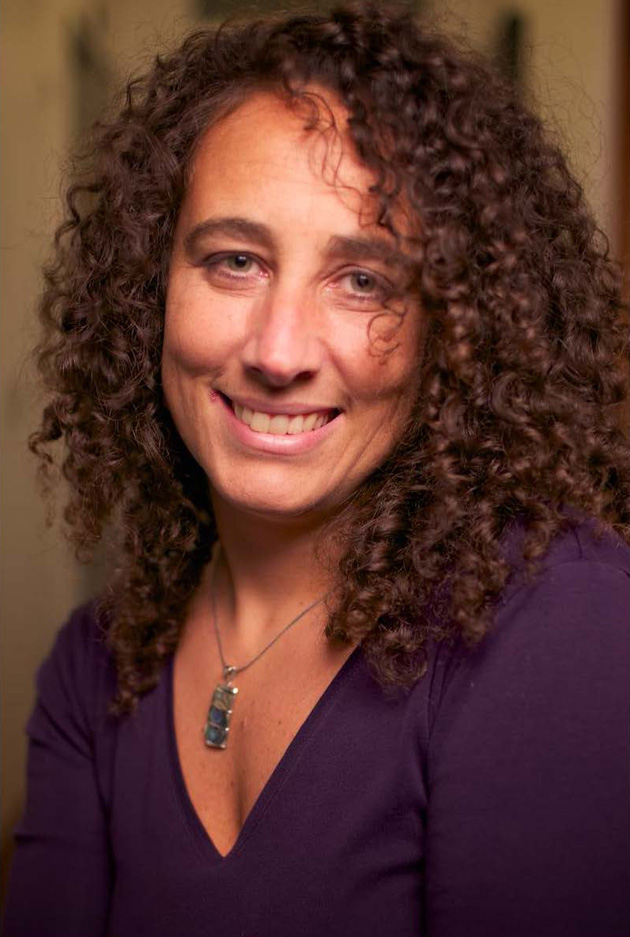 Mother Jones: We’ve been hearing much more lately about police violence against black men. To what extent is the media to blame for framing the issue in a narrow way?

“When a case comes up involving a black woman, it’s framed as an anomaly, or shoved into a narrative that makes black men the primary target.”

When I ask folks why they think that is, the media is the number one answer—they say, ‘That’s what we hear about, that’s the story we’re told.’ Even when a case comes up involving a black woman, it’s framed as an anomaly, or shoved into a narrative that makes black men the primary target. In Rekia Boyd’s case, for instance, they said she was in the wrong place at the wrong time, next to a bunch of black men the police were targeting. There’s a story that state violence affects men and that interpersonal violence affects women, but what this ends up doing is erasing men who experience interpersonal violence and women who experience state violence. We need to pick apart that narrative.

MJ: Is part of the problem that violence against women hasn’t been caught on camera, like the killing of Eric Garner in New York was, for example?

AR: I don’t think that’s the case. An example is Duanna Johnson, a black trans woman who they arrested for loitering for the purposes of prostitution. She was in the precinct being processed, and the police officer called her over to be fingerprinted using slurs—she didn’t answer to the slurs. He walked over, grabbed metal handcuffs around his knuckles, and proceeded to start pounding her in the face while another officer held her down, and the security camera from the police facility recorded the whole thing. She was on the floor, they pepper sprayed her face. Again, it got some coverage locally, but that didn’t become the video that sparked uprisings around the nation. And it did not become the image that comes to mind when we think about police beatings.

Several weeks after Eric Garner was killed, a pregnant black women was placed in a chokehold by police officers. Now, thankfully she did not die—she and her baby were fine—but the video was there, and again, that wasn’t the thing that sparked outrage.

MJ: There seems to be a common belief in the US that black men fare worse than any other group, particularly in the criminal justice system. They are known for being locked up at higher rates and fatally shot by police officers. Do you think this notion of “black male exceptionalism” contributes to the exclusion of women’s experiences from conversations about criminal justice?

“For almost three decades, black and brown women were the fastest growing prison population, but somehow that didn’t feature in the conversation around the ‘new Jim Crow’ or mass incarceration.”

AR: I hate thinking about who is experiencing oppression the most because in black communities we’re all experiencing racial oppression and anti-black racism in different ways. But this notion that black women aren’t experiencing the same kinds of racial disparities is not borne out by the numbers available. In 2013, black women were stopped by police cars more than black men, white women, and white men in Ferguson, Missouri. Black girls have a higher rate of school suspensions relative to white girls than black boys do relative to white boys, and that’s much worse if they’re gender nonconforming, if they’re trans, or if they are queer, but that’s not part of the conversation about the state of black youth in the United States. For almost three decades, black and brown women were the fastest growing prison population, but somehow that didn’t feature in the conversation around the ‘new Jim Crow’ or mass incarceration. The rate of poverty for black women is growing and it is high, the rate of homelessness for black women is high, and black women are marginalized economically on many fronts.

MJ: It’s tough to get data on police violence broken down by both gender and race. A recent Guardian investigation found that 5 percent of people killed by cops so far this year have been women, including seven black women. But as your report makes clear, black women also experience many other forms of state violence that often aren’t included in the narrative of police brutality.

AR: You need to look beyond beatings and shootings to sexual violence, to police responses to domestic violence, their treatment of pregnant and mothering women, and their treatment of LGBT folks. If a police officer responds differently to a black woman survivor of domestic violence, by shooting or beating her, for instance, than they do to a white woman under identical circumstances, I don’t understand how that’s not considered racial profiling—making a decision about whether someone is a victim or threat based on race.

MJ: Can you talk more about the problem of sexual harassment by police officers?

AR: Sexual assault and harassment is the most frequently reported form of police misconduct after the use of force. And despite a 2011 report by the International Association of Chiefs of Police that identified the problem and called out departments across the country to enact policies to prevent and address it, very few departments actually have policies to prevent, detect, and hold officers accountable for sexual harassment and assault of members of the public. They have that for officers interacting with each other, because that’s part of federal law, but they don’t have anything specifically targeting sexual harassment and assault of members of the public by police.

MJ: It seems there’s more momentum now behind the #SayHerName movement, with the launch of your report and the demonstrations last month. What comes next?

AR: It feels like we’ve turned a corner. Now the challenge is to get the president to start talking about this issue. The President’s Task Force on 21st Century Policing just made a bunch of recommendations that are very specific to women and LGBT folks’ experiences, including that departments should adopt comprehensive profiling bans that prohibit profiling based on gender, gender identity, and sexual orientation alongside race, religion, and ethnicity. Those things are happening now, but nobody is talking about them. So on the one hand, the floodgates are open; on the other, there are a few more that need to be opened before we can really start having the kind of conversations we need to be having to keep all of our communities safe.