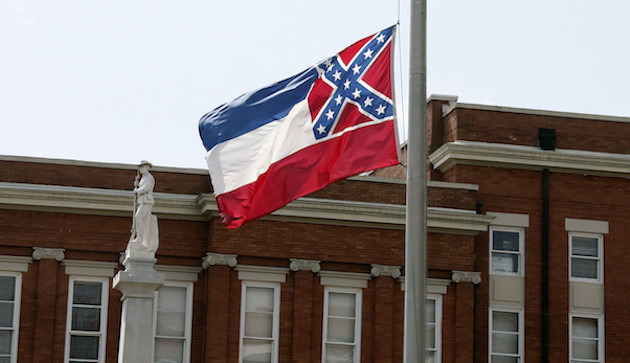 We must always remember our past, but that does not mean we must let it define us. As a Christian, I believe our state’s…

As of Tuesday morning, one petition calling for the symbol’s removal had attracted over 7,700 signatures. But Gunn’s proposal, as the Clarion-Ledger notes, will face an uphill battle: Republican Gov. Phil Bryant said Monday he didn’t expect other lawmakers to “supersede the will of the people on this issue,” referring to a 2001 ballot measure that failed to garner enough support to do away with the emblem.

The top Facebook comments below Gunn’s statement since Monday night have been largely critical of his announcement, echoing similar defenses of the Confederate emblem seen in South Carolina and other parts of the south since the mass shooting that killed nine people inside a historic black church in Charleston, S.C., last Wednesday.

“Leave the flag alone. Hatred and racism lives in the heart not in a cloth flag,” one Facebook user wrote.

After initially appearing to defend the flag as merely a “part of who we are,” South Carolina senator and presidential candidate Lindsey Graham eventually backtracked his support, and stood by Haley on Monday to announce his support in removing the flag from flying in Columbia.