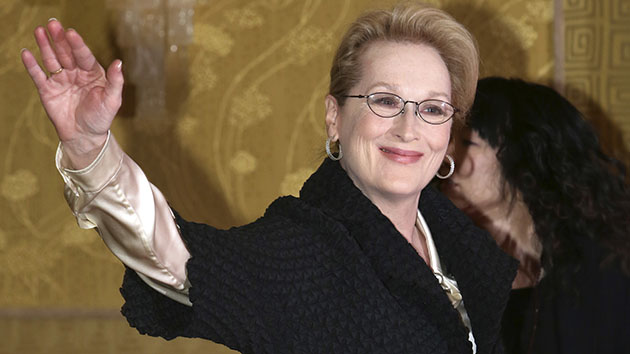 On Tuesday, Meryl Streep sent all 535 members of Congress a letter urging them to bring back the Equal Rights Amendment in order to finally ratify it into the Constitution.

“I am writing to ask you to stand up for equality—for your mother, your daughter, your sister, your wife or yourself—by actively supporting the Equal Rights Amendment,” the letter read.

“The ERA is not just a women’s rights issue—it will have a meaningful benefit for the whole human family,” she added.

Congress passed the Equal Rights Amendment back in 1972 and thirty-five states ratified it but that was three ratifications short of the constitutional requirement.

Streep, who will be starring as British suffragette leader Emmeline Pankhurst this October, has long been a vocal advocate for women’s rights and has also spoken out against rampant ageism against women in Hollywood. During Patricia Arquette’s impassioned acceptance speech at this year’s Oscars, Streep was seen cheering enthusiastically in support of Arquette’s call for gender equality.

In her letter on Tuesday, the Oscar-winning actress called on Congress to revive the issue for a “whole new generation of women and girls are talking about equality—equal pay, equal protection from sexual assault, equal rights.”