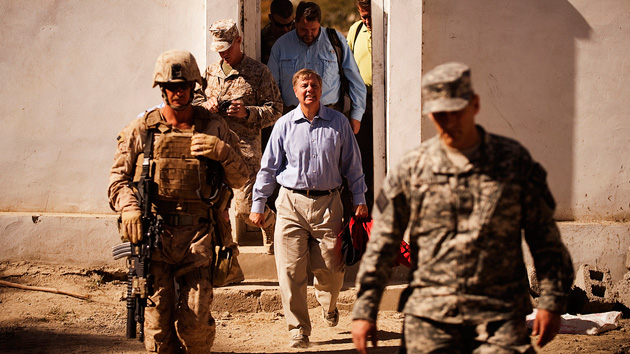 Today, Sen. Lindsey Graham (R-S.C.) is expected to launch his campaign for president. The longtime legislator is one of America’s most hawkish politicians, and will be running almost solely on a foreign policy platform. The tenor of his campaign will be grim: “I’m running because I think the world is falling apart,” he explained.

Indeed, Graham—who is a leader on the Senate Armed Services Committee—has a long record of sharing his views on national security matters and the use of military power, particularly when it applies to the Middle East. Here are a few of his greatest hits, which offer a preview of the foreign policy he will be promoting as a candidate.

Graham, who has said he has done “more right than wrong” on foreign policy, was a vocal cheerleader for the wars in Iraq and Afghanistan. “Iraq is a self-defense issue, and we need to aggressively engage Saddam Hussein,” he said in 2002. “We don’t need the blessings of the world to defend ourselves. A regime change is the only alternative in Iraq.”

A year later, Graham expressed doubt that US troops would remain in Iraq for longer than a year. “If we’re there through 2009, something went wrong,” he said. On that point, he certainly was correct.