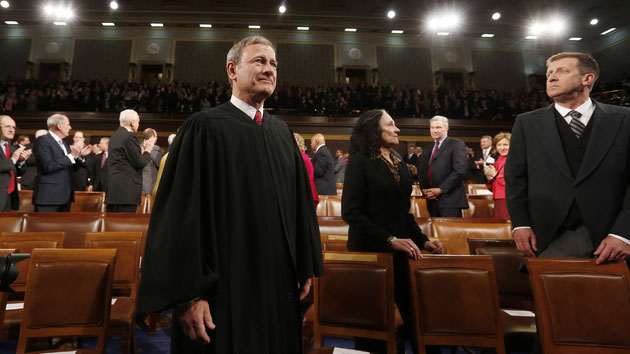 The Supreme Court’s Thursday ruling, written by Chief Justice John Roberts, that upheld a core tenet of the Affordable Care Act is good news for the millions of Americans whose health insurance was on the line. But it’s also, in a strange way, good news for a completely different group: the Republican politicians who have all but called for Obamacare to be shot into space on a rocket.

Had the court gone the other way, gutting federal subsidies while leaving the shell of the law on the books, congressional Republicans, as well as GOP governors such as Scott Walker and Chris Christie, would have been put in the uncomfortable position they’ve managed to avoid since Obamacare was signed into law—having to fix it. The Associated Press outlined Walker’s dilemma neatly on Wednesday:

About 183,000 people in Wisconsin purchase their insurance through the exchange and nine out of 10 of them are receiving a federal subsidy, according to an analysis of state data by Wisconsin Children and Families. The average tax credit they receive is $315 a month.

Health care advocates who have been critical of Walker for not taking federal money to pay for expanding Medicaid coverage have also called on the Republican second-term governor to prepare for the subsidies to be taken away.

And many of those Wisconsonites enrolled in the federal exchange are there because Walker put them there. As Bloomberg’s Joshua Green noted in a prescient piece in March, Walker booted 83,000 people from the state’s Medicaid program and put them on the federal exchange instead. That’s not the kind of crisis you want to be dealing with in the middle of a presidential campaign—or ever.

Conservatives would have been thrilled with a ruling in their favor on Thursday. But Roberts’ decision spares Walker and his colleagues from what would have come next, and frees them to continue lobbing rhetorical bombs at the law they’re now stuck with. As previous generations of Washington Republicans can advise, it’s much easier to go to war if you don’t need a plan for how to end it.