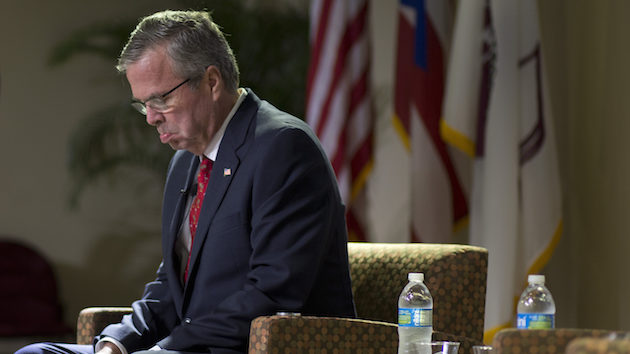 On Monday, Jeb Bush posted a column on Medium touting the need for ramped-up cybersecurity efforts. “Given the reliance of the United States government and the private sector on the internet, it is disturbing we remain vulnerable to its disruption and misuse,” he wrote.

The piece was mostly devoid of specific ways to fix those vulnerabilities, but what Bush did propose raises some privacy concerns. The former Florida governor cited Estonia, a tiny Baltic nation that’s a world leader in cybersecurity efforts, as a model to emulate. What he didn’t say was that Estonia’s model is predicated on pervasive government involvement in policing the country’s internet infrastructure, with the central government establishing a secure online national ID system for citizens. This is a digital version of what US conservatives have long opposed: a national identity card.

Toomas Hendrik Ilves, the Estonian president who’s perhaps best known for yelling at Paul Krugman on Twitter in 2012, wrote in a New York Times op-ed the following year that people should in fact be more concerned with cybercrime and hacking than government intrusion on privacy.

“At a time when the greatest threats to our privacy and the security of our data come from criminal hackers and foreign countries (often working together), we remain fixed on the idea that Big Brother, our own government, is the danger,” he noted.

In his Medium post, Bush offered one concrete suggestion: backing the Cybersecurity Information Sharing Act, a bill that would give private companies greater legal cover to share information on potential cybersecurity threats with the government. Bush called the failure to pass the bill a “critical impediment to cybersecurity,” but privacy advocates and technical experts who spoke to Mother Jones last week disagreed, noting the measure would result in private-sector companies passing information on consumers and citizens to government agencies.

“This isn’t a cybersecurity bill—it’s a surveillance bill,” said Elizabeth Goitein, co-director of the Liberty and National Security Program at the Brennan Center for Justice. “There is absolutely no reason to think that that is going to provide any significant cybersecurity benefits.”