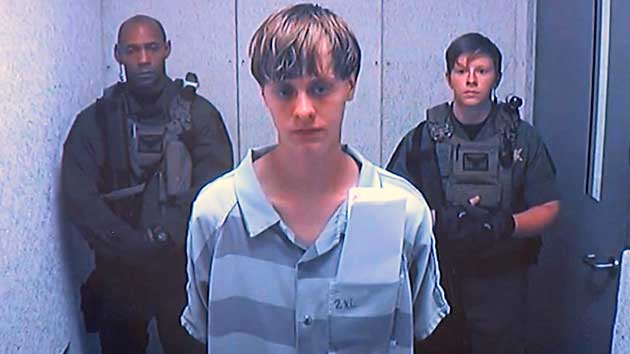 The judge who held the bond hearing for Dylann Roof, the suspect in the mass shooting in Charleston, South Carolina, has a history of making racist comments, according to court documents. The Daily Beast reports that in 2003, Magistrate James B.Gosnell told a black defendant, “There are four kinds of people in this world—black people, white people, red necks, and n—rs.” The comment led to a disciplinary proceeding that was eventually heard by the state Supreme Court in 2005.

During the investigation, according to records from the proceeding, Gosnell argued that his statement was excusable because “he knew the defendant, the defendant’s father, and the defendant’s grandfather,” and that he was merely repeating something he remembered hearing from “a veteran African American sheriff’s deputy.” The document goes on to say:

“Respondent [Gosnell] alleges he repeated this statement to the defendant in an ill-considered effort to encourage him to recognize and change the path he had chosen in life.”

The same proceeding details another ethical pickle that Gosnell found himself in two days after the racist comment, when he allegedly helped get another judge out of jail in a DUI case.

Gosnell ultimately kept his job when the court concluded that an official reprimand would suffice.

At Friday’s bond hearing, Gosnell won praise for letting members of the victims’ families confront Roof directly. But some were surprised when he made comments about Roof’s family members being victims of the tragedy as well.

Charged with nine counts of murder and possession of a weapon during the commission of a violent crime, Roof is due back in court on October 23. His bail for the weapon charges was set by Gosnell at $1 million, but the judge said he did not have the authority to set bail for murder charges.