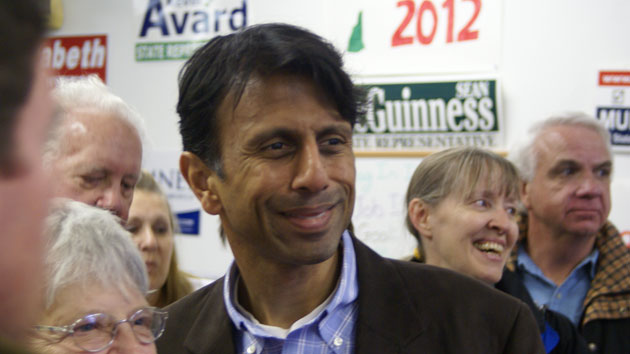 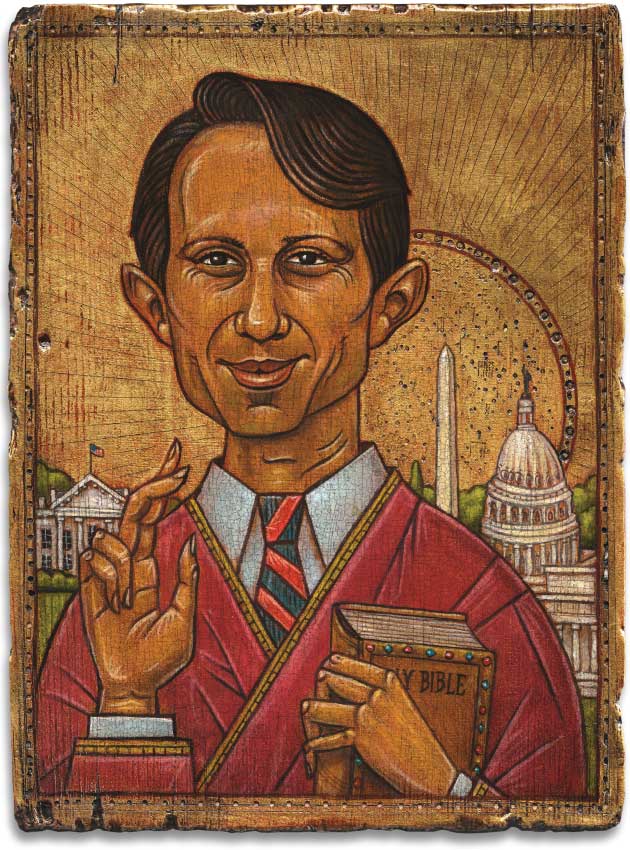 Related: Can Bobby Jindal drive out the GOP’s demons?

Science was never supposed to be an issue for Bobby Jindal. The Louisiana governor rose through the ranks of the Republican party on the strength of his reputation as a Rhodes Scholar whiz kid, a former Brown pre-med with an eye for the intricacies of health policy. But since taking office, he has been dogged by accusations that he’s playing politics with science education. In 2008, Jindal supported a law that makes it easier for biology teachers to “teach the controversy” on the theory of evolution. His stance on the issue has earned him unfavorable attention outside the state. In 2012, when he was briefly floated as a potential vice presidential candidate, Slate dubbed it “Bobby Jindal’s science problem.”

The image of Jindal as an anti-science hypocrite is largely the product of one man—Zack Kopplin, a 21-year-old history major at Rice University. Kopplin has spent much of the last five years campaigning against Jindal’s approach to the teaching of evolution, which Kopplin considers a backdoor invitation to teach creationism. He has testified before the state legislature and has made appearances on Hardball, NPR, and Real Time With Bill Maher (alongside Bernie Sanders). Here he is with Bill Moyers:

The relationship dates back to the mid-90s. Kopplin’s father, Andy Kopplin, is currently the deputy mayor of New Orleans, serving under Democrat Mitch Landrieu. But it was in an earlier job, as chief of staff to former Louisiana Republican Gov. Murphy Foster, that the elder Kopplin became friends with Jindal. In 1996, Foster hired a 24-year-old Jindal to run the state’s Department of Health and Hospitals—Jindal’s first full-time job in government. “He had two protegés: Gov. Jindal and my father,” the younger Kopplin says. “At the time they got along pretty well. My mom now swears that she never really liked Jindal, but they went out to dinner pretty regularly.” When Jindal first ran for governor in 2003 (a race he lost in a runoff to Democrat Kathleen Blanco), Kopplin remembers trying to persuade his classmates to support the Republican candidate, although none of them were old enough to vote.

The turning point for Kopplin came in 2008, when the state legislature passed the Louisiana Science Education Act, which purported to “help students understand, analyze, critique and review scientific theories.” But the subtext seemed clear. The bill, which Jindal signed into law, opened a potential backdoor to the teaching of intelligent design by allowing teachers to introduce supplementary materials that hadn’t been approved by the state’s Department of Education. The law was written by a social conservative organization called the Louisiana Family Forum, in consultation with the Discovery Institute, a pro-intelligent-design think tank. The Democratic state senator who introduced the bill explained at the time that its supporters believed that “scientific data related to creationism should be discussed when dealing with Darwin’s theory.” Kopplin decided to devote his senior year of high school in Baton Rouge to fighting the new law. He started a petition and got 75 Nobel laureates to sign it. Even Jindal’s college genetics teacher was on board.

Kopplin got 75 Nobel laureates to sign a petition opposing Louisiana’s science education law. Even Jindal’s college genetics teacher was on board.

Jindal, who studied biology at Brown and was considering Harvard Medical School before attending Oxford, has left a bit of a paper trail as to where he really stands. In 1995, while still a student in England, he published an essay in a small Catholic journal, This Rock, attacking atheism. He asserted that there was “much controversy over the fossil evidence for evolution,” and he put himself squarely in the camp of intelligent design. “No evolutionary biologist has produced or ever will produce a conclusion with any relevance to the necessity of God,” he argued. “At best he can push the location of the supernatural assumption from the origin of life to the origin of matter, energy, and order.”

But Kopplin, who attended the same magnet school in Baton Rouge as Jindal’s two kids currently do, suspects the governor’s support for the law is purely political. “I mean, who knows? I could be totally wrong, and maybe Jindal believes this with his whole heart,” Kopplin says. “Which is more why I go back to what his kids are learning. I had their seventh-grade biology teacher at [University Laboratory School] where I went for middle school, and I know she doesn’t just teach evolution—she’s absolutely obsessive about it. If Jindal actually was a creationist, I think he’d have a much bigger problem with his kids being taught what evolution is.”

Case in point: Last September, Jindal told reporters that he wanted his kids to study evolution in school, but he added that he was “not an evolutionary biologist” and emphasized that he thought the decision on what to teach should be up to individual school districts.

Since the initial campaign against the Louisiana Science Education Act, Kopplin has continued to beat the drum on what he views as the erosion of public schools. He has broadened his focus to include the governor’s voucher program, which diverts state money to religious schools that question evolution and openly discriminate against students who violate their moral code. (At one such institution, students can be expelled if a family member promotes the “homosexual lifestyle.”) And Kopplin has expanded his push to Texas, where he discovered that students at the state’s biggest charter school network were being taught that the “sketchy” fossil record undermines the theory of evolution.

Although he still has three credit hours left at Rice, he has continued to keep the pressure on Jindal. He has published six pieces at Slate in just the last seven months, four of which focused on the former family friend. And he expects to continue churning out stories as the race for the Republican presidential nomination heats up. Jindal “does bring out my best writing,” Kopplin says, “because I sort of know the environment he’s around pretty well—I know his kids’ biology teachers!”